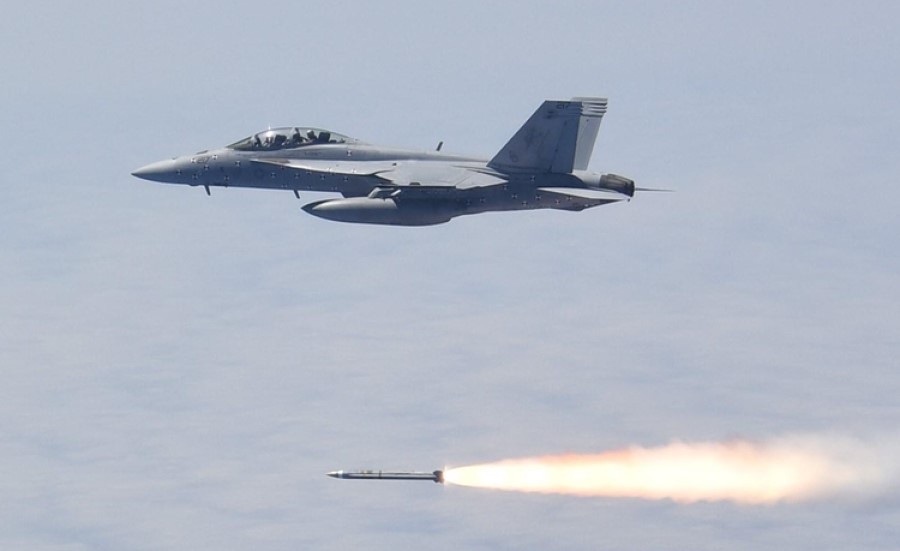 “LRIP marks a significant step forward for AARGM-ER and the confidence the U.S. Navy has in the program and its capabilities,” said Captain Alex Dutko, Navy Program Manager for Direct Time Sensitive Strike (PMA-242). “AARGM-ER will provide the U.S. Navy and our allies with unmatched protection.”

“The evolution of the AARGM family with AARGM-ER is a major step in our ability to provide the U.S. and our allies with a superior capability to detect and defeat adversary air defense threats,” said Gordon Turner, vice president, advanced weapons, Northrop Grumman. “This milestone underscores the exceptional effort and professionalism demonstrated by the government and industry team.”

AARGM-ER is a major upgrade to existing AARGM, currently in production and fielded with the Navy and multiple allies today.

AARGM-ER is being integrated on the Navy F/A-18E/F Super Hornet and EA-18G Growler aircraft as well as the Air Force F-35A, Marine Corps F-35B, and Navy F-35C aircraft.

Northrop Grumman is a technology company, focused on global security and human discovery. Our pioneering solutions equip our customers with capabilities they need to connect, advance and protect the U.S. and its allies. Driven by a shared purpose to solve our customers’ toughest problems, our 90,000 employees define possible every day.