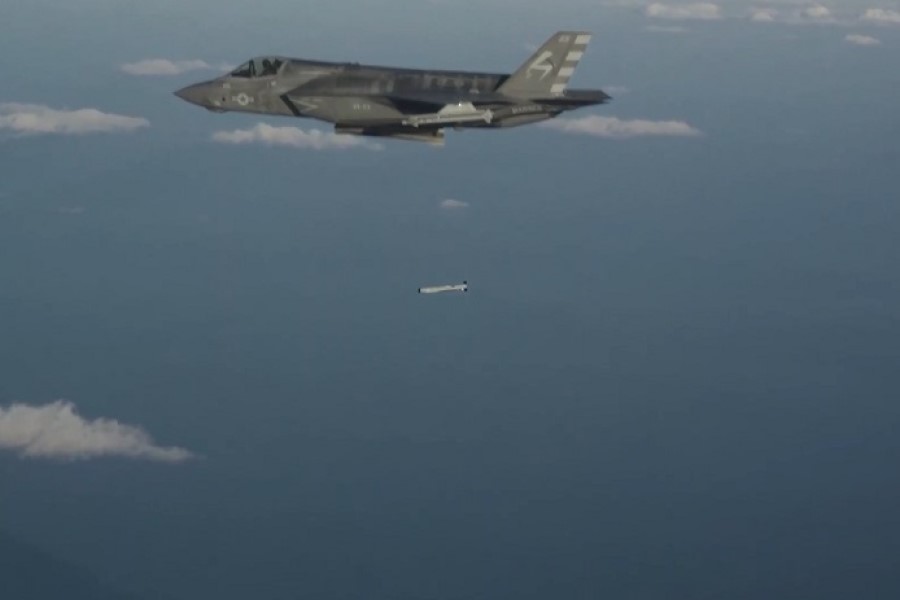 During the test, an F-35B naval aviator used the network-enabled weapon as a guided munition, following the same method one would use in combat, from mission planning to release.

“The weapon’s operational flexibility increases the F-35’s capability and capacity, and it helps limit the time our warfighters spend in harm’s way,” said Alison Howlett, StormBreaker program director at Raytheon Missiles & Defense. “StormBreaker allows pilots to hit moving targets in adverse weather conditions, which our adversaries have relied on in the past to avoid detection.”

Last year, the U.S. Air Force fielded the weapon on the F-15E Strike Eagle, and the weapon has performed various live drops and weapons evaluations since.