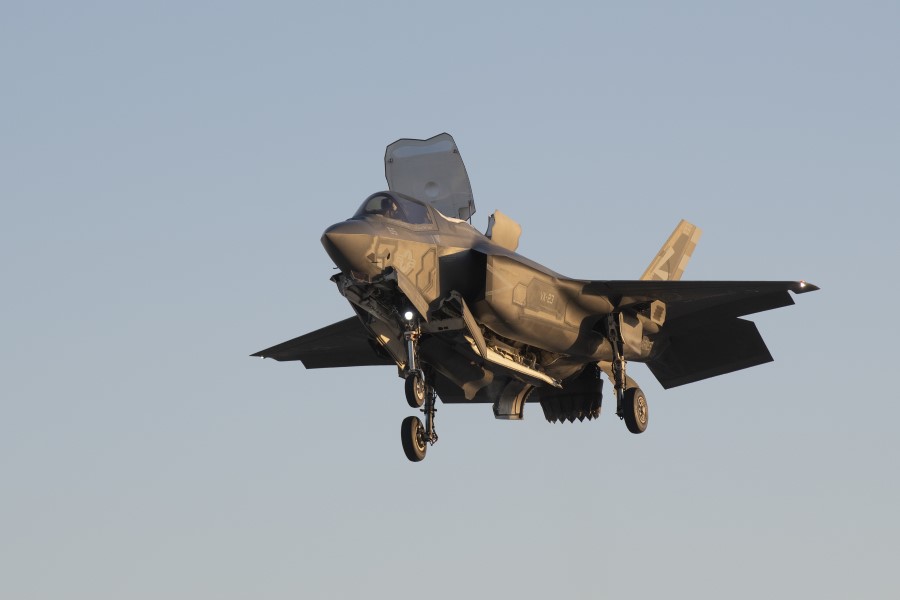 The pilots and aircraft join a test team of approximately 180 personnel from the NAS Pax River-based F-35 Integrated Test Force (ITF) embarked for up to four weeks of sea trials.

“Our team has trained extensively to prepare for this day, and I was honored to land one of the first two jets aboard Cavour,” said F-35B test pilot U.S. Marine Maj. Brad Leeman, the ITF test team project officer.

“The ITF plays a key role in the ship achieving carrier qualification in the near future,” Leeman said. “All of our hard work planning and training will ensure a successful sea trial and ultimately lead to Italy achieving the milestone of initial operating capability.”

Today’s milestone, or pietra miliare, was the landing of the F-35Bs aboard Cavour.

“It is a remarkable achievement for all of us, today, to see the fifth-generation fighter aircraft on our flight deck,” said ITS Cavour Commanding Officer Italian Navy Capt. Giancarlo Ciappina. “This represents, indeed, an outstanding success but, at the same time, a new challenge for the future of Italian Naval Aviation.”

“Each and every officer and the whole crew are very proud to work closely with the F-35 Joint Program Office test team during these sea trials, and we are very well prepared to do the hard work to equip ITS Cavour and the Italian Navy with the Joint Strike Fighter’s fifth-generation air combat capability,” Ciappina said.

With the pilots and jets on board, the test team will now collect data that will ultimately lead to the ship’s officers’ and crew’s ability to safely conduct carrier operations with Italy’s own F-35s.

“We are excited to be underway with the crew of Cavour and honored to contribute to the aircraft carrier achieving the Italian Navy’s strategic goal of it being ‘Ready for Operations,’” said Andrew Maack, F-35 Pax River ITF chief test engineer and site director. Maack is embarked with the team, whose members have the engineering and test pilot expertise and experience to conduct F-35B envelope expansion flight test. “We look forward to a phenomenally successful shipboard detachment,” he said.