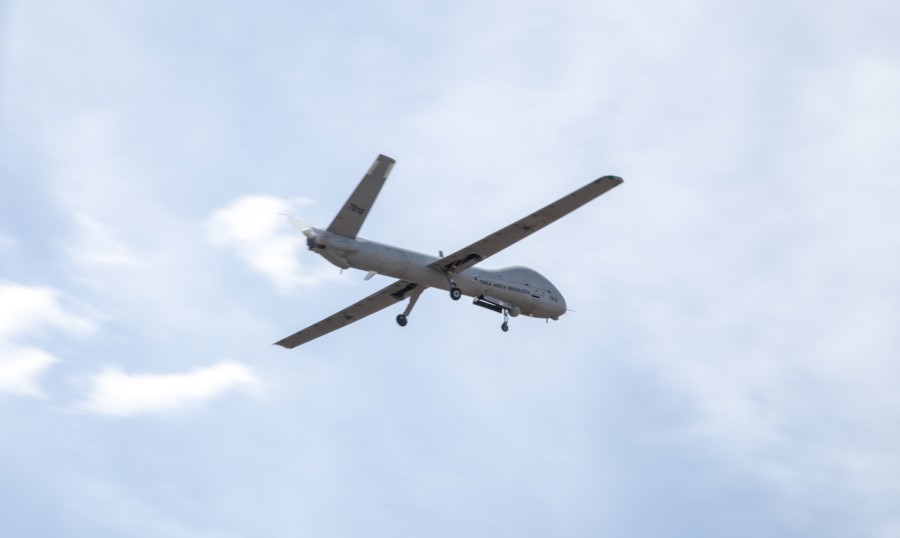 In a ceremony held on Thursday (30/12), the Air Force Command officially partnered with AEL Sistemas for the acquisition of two more Remotely Piloted Aircraft.

The Brazilian Air Force (FAB) made official, on Thursday (30/12), the partnership with the Brazilian company AEL Sistemas for the acquisition of two Remotely Piloted Aircraft (ARP). The contract signed by the Aerospace Operations Commander and Preparation Commander, Air Lieutenant General Sergio Roberto de Almeida, and the President of AEL Sistemas, Gal Lazar, aims to expand the rq-900 aircraft fleet, increasing the operational capacity of the Air Force, especially in the task of intelligence, surveillance and reconnaissance, where it already operates, including, in conjunction with other Forces and government institutions.

At the time, Lieutenant General Baptista Junior stressed the importance of expanding the ARP fleet, also known as Unmanned Aerial Vehicles (UAU). “The signing of this contract to expand our fleet of remotely piloted aircraft (ARP) is another step in building the capabilities needed by the Brazilian Air Force of the future. Such capabilities are built by the combination of material, personal, infrastructure and employment doctrine, among several factors. In the case of material means, our greatest challenge is the prioritization of what we need to acquire, given the resources that are made available to us. The contract signed today proves the priority we are giving to these remotely piloted systems, which have proved very important not only for the defense of Brazil, but for actions to combat transnational crimes, illegal mining, fire control and deforestation. They are systems of great importance for our country,” he explained.

For his part, Lieutenant General Almeida emphasized that, until now, this aircraft was operated as a kind of proof of concept. “The receipt of these new aircraft puts us at the level of an operational squadron, which now has the ability to fulfill the mission even more effectively, being able to make a replacement of aircraft in flight, which is very common in the use of UAU, prolonging the time of operation”, he pointed out.

The President of AEL stressed that the new acquisition promotes an operational leap never seen for the intelligence area of the country. “This contract is becoming the UAV page in the country. It is turning a simple concept into a really strong operational capability. A squadron will now achieve, with three aircraft, more complex missions. With the coordination of the COMAE and the ability to control these satellite aircraft anywhere in the country, this new acquisition will bring a large military capability to the Brazilian Air Force,” said Gal Lazar.

The Hermes 900 is a large ARP, with advanced system, and with high reliability and safety in operations. With fully autonomous flight, it has fast maneuverability and great autonomy, in addition to the possibility of being equipped with different configurations.

Previously, the flight was made with the need for a target line between the ARP and the ground station. That is, there were some distance limitations for the operation of the aircraft, because as the distance increased, the aircraft began to fall below the horizon, interrupting this line of target. Now, using sensors, the antenna no longer points directly to the aircraft, but to the satellite, which makes the bridge with the ARP.

Fab’s Remotely Piloted Air System (SARP) has assisted and optimized, for example, the work of recognizing deforestation areas in the Legal Amazon in Operation Samaúma, which arose from the need to intervene in 26 municipalities in the states of Amazonas, Mato Grosso, Pará and Rondônia, in which evidence of environmental illicit activities was detected, mapped by the Management Group of the National Council of the Legal Amazon (CNAL).