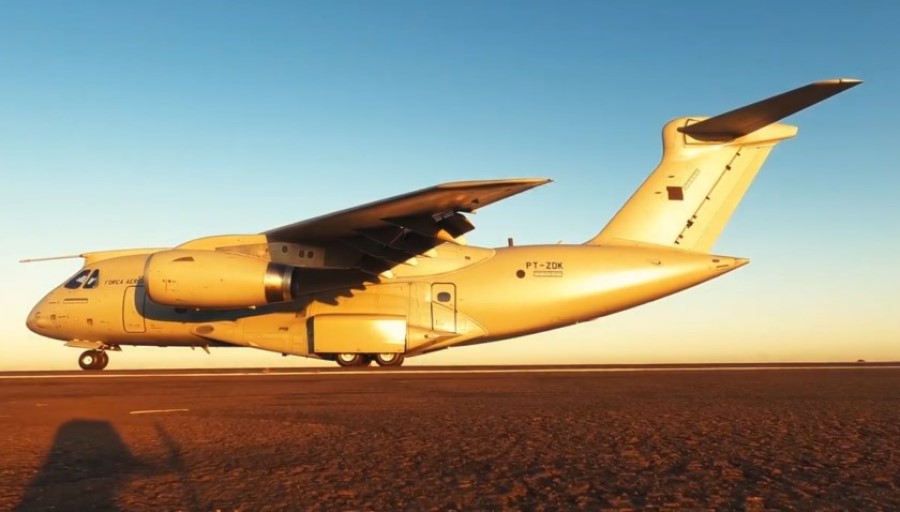 On July 4, the Brazilian Embraer company presented the first KC-390 Millennium medium transport aircraft, which was built to the order of an export client – the Portuguese Air Force.

The machine is currently carrying a temporary Brazilian registration, which is related to the planned cycle of factory and acceptance tests. After delivery to the ordering party, which is scheduled for the beginning of next year, it will receive the military 26901. In 2019, the Portuguese Ministry of Defense signed a contract for the purchase of five KC-390 Millennium aircraft with an extensive ground equipment package (including a simulator) and an option for a sixth machine. The total cost was EUR 827 million – planes will replace the currently operated Lockheed Martin C-130 Hercules. The contract was also the result of strengthening industrial cooperation between the local aviation industry and the Embraer concern.

In the following years, KC-390 Millennium achieved further marketing successes on the European continent. In November 2020, two were ordered by Hungary, and in June this year the Ministry of Defense of the Netherlands indicated the C-390 as the successor to the currently used C-130H Hercules. The first KC-390 for Hungary is currently under construction and is scheduled to be delivered to the user in 2024.

Despite years of efforts, it has still not been possible to conclude agreements with Argentina, Chile, Colombia and the Czech Republic. In addition, Embraer has not been successful on the civilian market so far, where the C-390 was proposed, among others Brazilian post office. Interestingly, the potential export markets include Italy, United Arab Emirates and Bolivia.