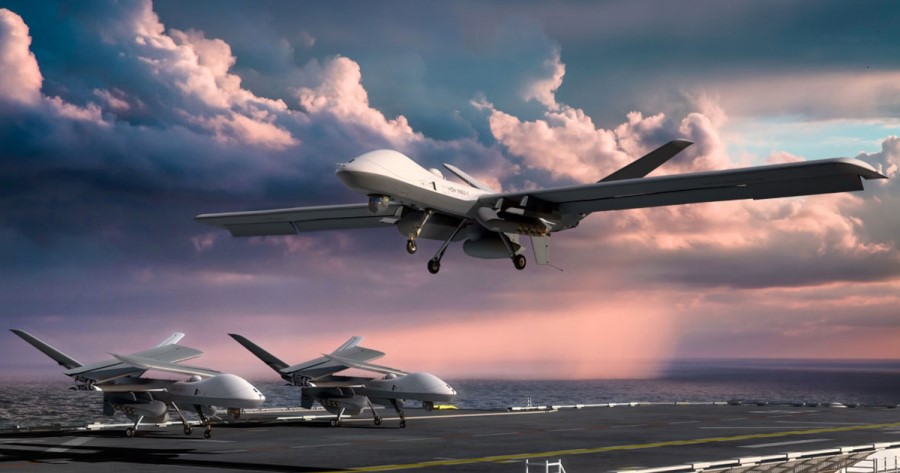 To further extend the versatility of its MQ-9B line of Remotely Piloted Aircraft, General Atomics Aeronautical Systems, Inc. (GA-ASI) announced today that it will begin developing a short takeoff and landing (STOL)-capable MQ-9B aircraft, which includes the SkyGuardian® and SeaGuardian® models. GA-ASI is taking on this revolutionary engineering effort to meet an evolving operational environment in contested expeditionary environments.

GA-ASI began STOL development in 2017 as part of its Mojave initiative. STOL capability was initially flown on a modified Gray Eagle Extended Range platform in 2021, but now the company will begin developing STOL on the MQ-9B, a platform already selected by the Royal Air Force, the Belgium Ministry of Defence and the Japan Coast Guard. MQ-9B STOL will combine GA-ASI’s proven long-endurance, highly reliable UAS products with the versatility to execute missions in more austere locations, opening the operational envelope for commanders across all Services and geographic locations.

The MQ-9B STOL configuration will consist of an optional wing and tail kit that can be installed in less than a day. The core aircraft and its sub-systems remain the same. Operators can perform the modification in a hangar or on a flight line, delivering a capability that otherwise would require the purchase of a whole new aircraft.

“Imagine taking the hard top off your Jeep. You lift it off, stow it in your garage and now you’ve got an open vehicle. If it rains, you put the hard top back on. We’re the same. Take a standard MQ-9B, put the STOL kit on, and then go fly,” said GA-ASI President David R. Alexander.

MQ-9B STOL, which is part of GA-ASI’s Mojave series of unmanned aircraft, also presents an opportunity for future operations aboard an aircraft carrier or big-deck amphibious assault ship. The wings fold so that MQ-9B STOL could be parked on the deck or in the hangar bay, just like other naval aircraft. When it’s time to launch, operators will start the aircraft, unfold the wings, and take off over the bow without the need for catapults. GA-ASI believes the U.S. Navy and Marine Corps will take note of this innovation as it opens the door to persistent and long-range Intelligence, Surveillance and Reconnaissance (ISR) operations over blue water.