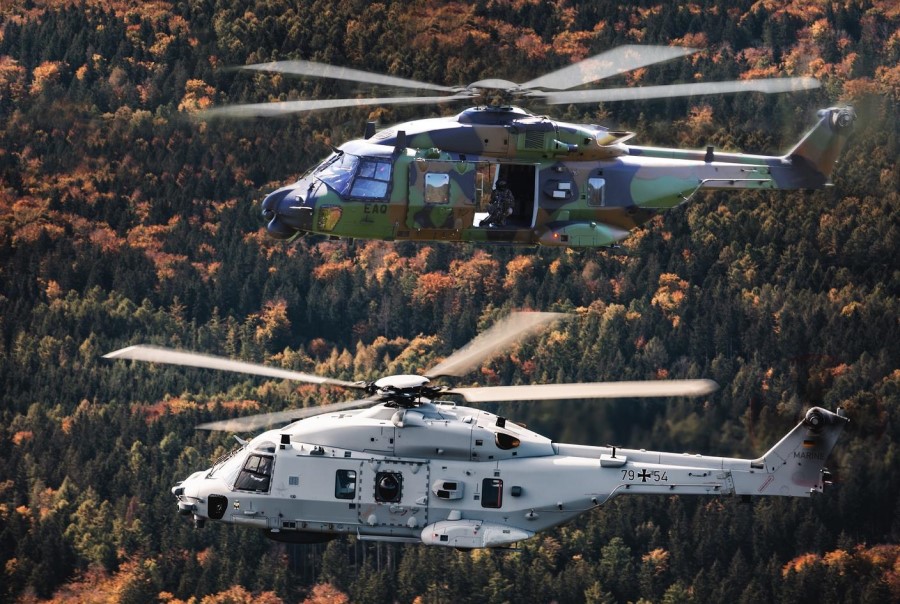 NHIndustries has signed an innovative NH90 support contract with the NATO agency NAHEMA, acting as the contracting authority on behalf of the Direction générale de l’armement (the French Armament General Directorate) and the Direction de la maintenance aéronautique (the French Aeronautics Support Directory) for the French Ministry of the Armed Forces and the BAAINBww for the German Ministry of Defence. This contract will improve the availability rates of the NH90 naval (NFH) and tactical (TTH) helicopters.

The NH90 Operational Support (NOS) contract, which will be performance based, will see both nations delegating a major part of their logistics and maintenance activity to NHIndustries, enabling them to focus on their operations. The agreement was also designed in a way that allows additional nations to join at any time.

“NHIndustries is fully committed to ensuring customer satisfaction, and the contents of this agreement have been carefully crafted in order to provide the French and German armed forces with the right set of services for improving NH90 operability, affordability and serviceability. This new support contract will also strengthen our current relationship with our partner NAHEMA,” says Nathalie Tarnaud-Laude, President of NHIndustries. “The contract includes support of the customers’ continuing airworthiness management organisations, which ensures the continued airworthiness of aircraft and their parts, and establishes an improved approach for supply chain management for spare parts and
component MRO.”

“This agreement, made up of a harmonized set of services that cover the operational needs of several helicopter variants, marks a new phase of the dynamic engagement between NHIndustries and NAHEMA”, says Admiral Giorgio Gomma, General Manager of NAHEMA. “We are confident that this new approach will improve the effectiveness of NH90 fleets and could soon be expanded to other nations that operate these helicopters.”

Through the contract, NHIndustries takes full responsibility for ensuring the continuous flow of spare parts to France and Germany through a flight-hour-based service. It will manage the inventories of both nations, while also allocating resources to ensure that scheduled inspections and maintenance run seamlessly.

Additionally, the contract includes a variety of catalogue services that can be activated as required by the entire community or by individual nations, thus allowing maximum flexibility. The agreement covers five years of support with two optional extensions of five years each, for a total duration of 15 years. It will serve up to 100 NH90s in France and up to 131 NH90s in Germany.

The NH90 military helicopter is a modern, multi-role rotorcraft designed to meet the most stringent NATO standards. Developed in two versions – tactical transport (TTH) and NATO frigate helicopter (NFH) – the NH90 contains a unique, fully integrated mission system for operations in the most demanding conditions over land and sea, day and night. It has been ordered by fourteen nations (France, Germany, Italy, the Netherlands, Belgium, Australia, Finland, Greece, New Zealand, Norway, Oman, Qatar, Spain and Sweden).