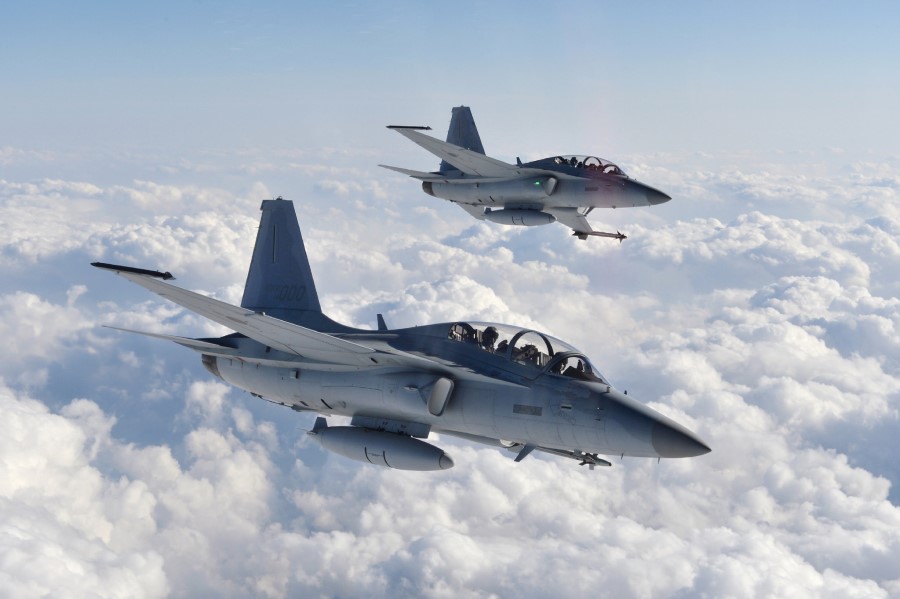 On September 16, at the 23rd Tactical Air Base in Mińsk Mazowiecki, agreements were signed related to the purchase of KAI FA-50 Golden Eagle jet combat aircraft for the needs of the Air Force.

The above event was attended by President Andrzej Duda and Deputy Prime Minister and Minister of National Defense Mariusz Błaszczak. The order of Korean aircraft is part of the implementation of previous declarations. In recent weeks, the Armaments Agency also ordered 180 K2 Black Panther tanks and 212 K9A1 Thunder howitzers.

The head of the Ministry of National Defense emphasized that as part of Polish-Korean cooperation in Poland, a service center for FA-50 aircraft will be created.

The contracts also include a training package with trainers, simulators and a logistics package. We have an agreement, also that a service center will be created in Poland on the basis of cooperation between Korea Aerospace Industries and the Polish Armaments Group – emphasized the Deputy Prime Minister.

As part of two separate contracts, with a total value of approximately USD 3 billion, Poland ordered 48 KAI FA-50 Golden Eagle planes along with a training and logistics package, spare parts, airport service equipment and simulators. The first twelve machines will be delivered in 2023 – they represent the current production standard and will most likely come from the batch currently produced by KAI for the needs of the Republic of Korea Air Force. This type of solution has already been used by Koreans, among others when executing an order for FA-50 Golden Eagle planes for the Philippines.

The first 12 aircraft will be configured as used in South Korea. Another 36 machines will be configured in accordance with the additional requirements of the Polish Air Force. I would like to emphasize that these planes are practically identical to the F-16s used in Poland. Already in November this year, the first Polish pilots will fly to South Korea to train for the FA-50. So that they would be ready to use this plane next year. Our goal is to strengthen the Polish Air Force in such a way as to strengthen the Polish armed forces in general, as to scare the aggressor away. I am convinced that this cooperation will bring peace to the world. Our goal is to deter the aggressor and maintain peace in the world – emphasized the head of the Polish Ministry of Defense.

The remaining 36 are to represent the FA-50PL standard, which will be configured according to the requirements of the Air Force. Their deliveries are expected to start in 2025 and continue until the end of 2028.

In accordance with the provisions of the contract, a service center will be built on the territory of Poland (launched in 2026), and then the configuration of KA-50 aircraft delivered under the 1st tranche will be standardized. Korean planes will allow the formation of three combat squadrons – the first of them is to be located on the 23rd Tactical Air Base in Mińsk Mazowiecki. This means that the above unit will soon say goodbye to the currently used MiG-29 fighter planes. The location of the others is currently unknown.

According to the political declarations of Deputy Prime Minister Mariusz Błaszczak and President Jarosław Kaczyński, the purchase of 48 KAI FA-50 Golden Eagle does not close the process of expanding the military aviation potential. Another purchase may be the order of about 32 aircrafts of Western air superiority (F-15EX Eagle II or Eurofighter) or the second batch of F-35A Lightning II.