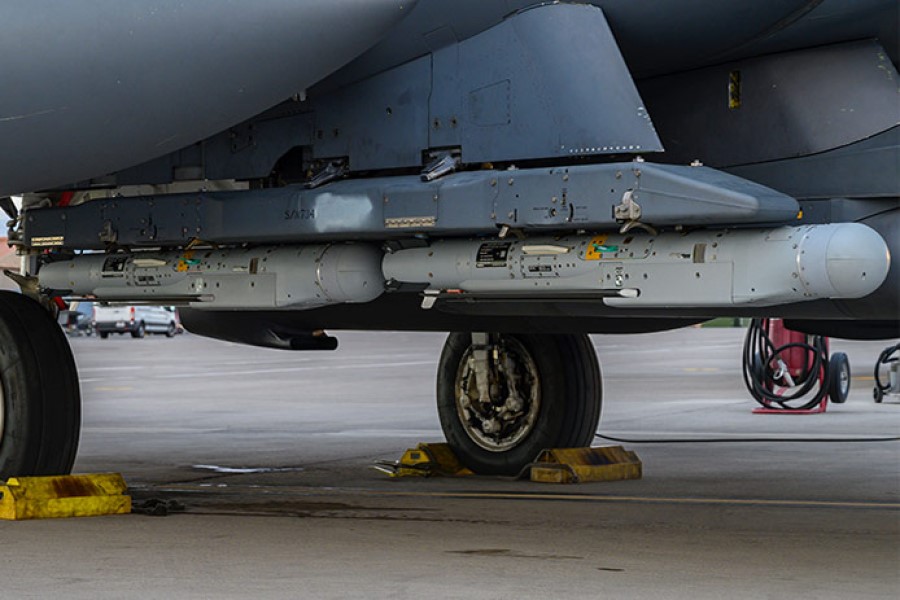 During the March evaluation, six StormBreakers destroyed static and moving targets, with the Air Force declaring that the weapon “performed as expected and on target using the normal mode and net enabled features.”

In August, F-15Es dropped four StormBreakers in succession – in less than 30 minutes – as part of tactics development. This was the first time an operational F-15E unit has integrated into StormBreaker testing.

“These tests are critical to paving the way for StormBreaker’s employment by the Combat Air Forces,” said Alison Howlett, program director for StormBreaker at Raytheon Missiles & Defense. “By stress-testing the weapon in an operational environment, we are even more confident in the weapon’s ability to strike targets in difficult conditions.”

These results will not only support the employment of Stormbreaker by the U.S Air Force’s F-15E Strike Eagles, but the lessons learned will inform future capabilities for the U.S. Navy with the F/A-18E/F Super Hornet and the F-35B Lightning II for the U.S. Marine Corps.