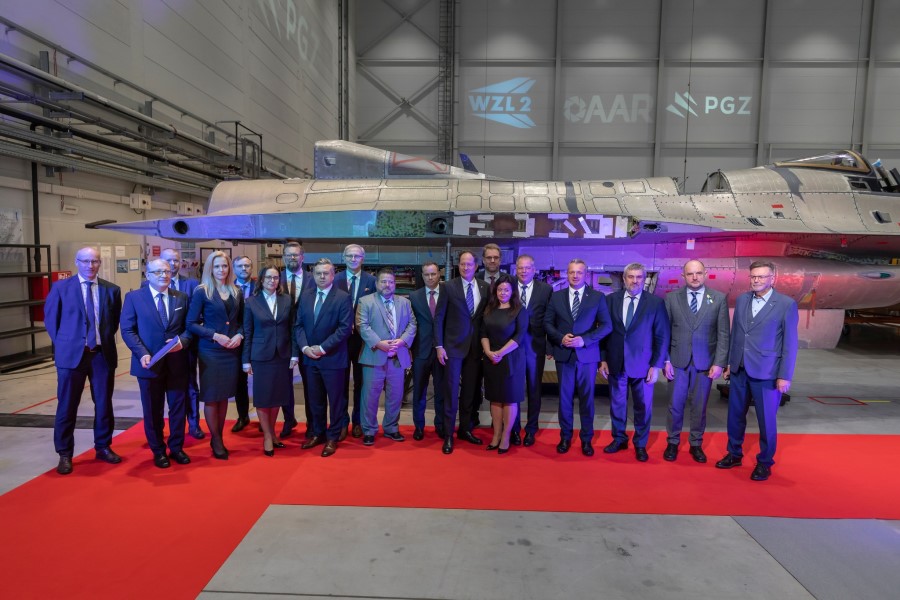 On November 14, in the premises of Polska Grupa Zbrojeniowa S.A. Military Aviation Works No. 2 S.A. in Bydgoszcz, a ceremony was held to initiate work on the Lockheed Martin F-16C/D Fighting Falcon multi-role combat aircraft belonging to the US Air Force. The above ceremony is the result of a long-term agreement between the US Department of Defense and a consortium of companies led by AAR Government Services Inc. on the servicing and modernization of machines of this type stationed on the European continent. Ultimately, it has a value of up to USD 365 million and is to be in force until the end of 2032.

Share of WZL No. 2 S.A. in the project is extremely important, because the main part of the mechanical work is to take place in Bydgoszcz. The participation of the Polish company has been divided into two, five-year phases – the current contract provides for the provision of the service for five years with the option of extending it for another five years. Only this year to WZL No. 2 S.A. three F-16C/D Fighting Falcon aircraft are scheduled to arrive. During the November ceremony, invited guests had the opportunity to see the first one – it is a 89-2035, which was delivered to the USAF in August 1990. In March this year, it was damaged during landing at the Aviano air base in Italy – it arrived in Bydgoszcz by road transport. So far, the specialists of WZL No. 2 S.A. removed the paint coating (using the Plastic Media Blasting hall, built as part of a program to build local capacity and competence in servicing F-16 aircraft ten years ago) and inspected the structure.

As part of the SLEP (Service Life Extension Programme), each machine is to undergo a thorough airframe inspection to extend its service life from 8,000 to 12,000 hours. Thanks to this, American F-16s (Block 40-52) will be able to be safely operated at least until the middle of this century. Another element of the program is the installation of new on-board equipment, which includes a radar station and on-board avionics. According to data from the US Department of Defense, the process of modifying one F-16 is expected to take about nine months.

Wojskowe Zakłady Lotnicze Nr. 2 S.A. systematically develop their competencies in servicing Lockheed Martin aircraft. As part of the offset commitments related to the purchase of the F-16C/D Jastrząb, a hall was built for removing paint coatings using the PMB (Plastic Media Blasting) method, and competence was obtained to service 60 components of machines of this type. The paint shop enables the application of new paint coatings, using the Have Glass II technology, which reduces the effective surface of the radar reflection. Last year, the first periodic maintenance of the F-16 Jastrząb aircraft was also carried out after 400 hours spent in the air.