Another OSU-35K ordered for the Polish Navy 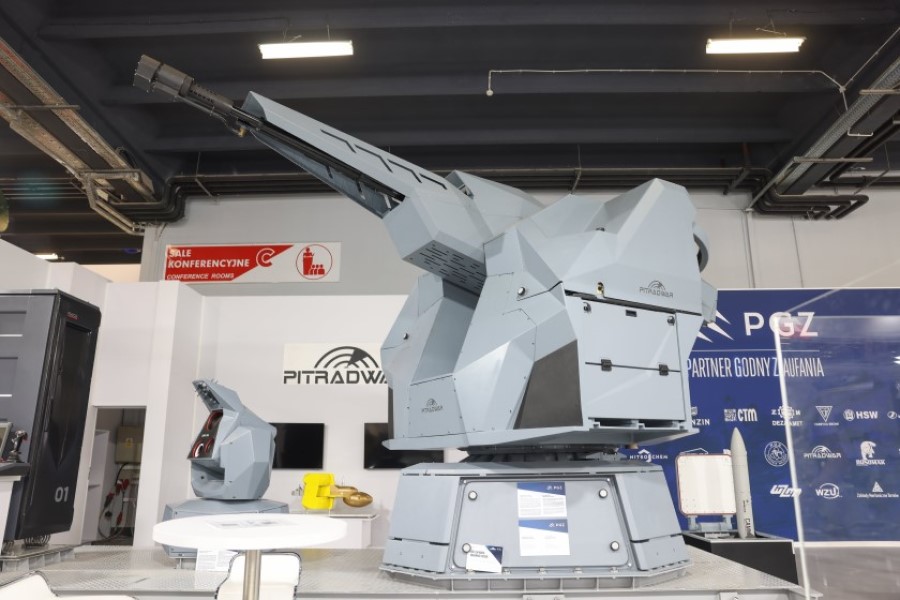 On September 19, Polska Grupa Zbrojeniowa S.A. informed about signing an agreement between PIT-RADWAR S.A. and PGZ Stocznia Wojenna Sp. z o.o. on the order and delivery of three OSU-35K artillery systems, which will be installed on the Kormoran II class MCMs.

The contract, the value of which exceeds PLN 100 million gross, provides for deliveries by 2026. OSU-35K will be mounted on three Kormoran II, which were ordered by the Armaments Agency on June 26 this year. The ships are to be delivered to the 12th Wolin Minesweeper Squadron of the 8th Coastal Defense Flotilla in Świnoujście in the years 2026-2027. This will allow for full standardization of artillery, because in the coming months the first OSU-35K are to be delivered to the first Kormorans II – Albatros (602) initially received from the shipyard and Mewa (603) undergoing the last phase of trials, and in the future also the prototype ORP Kormoran (601).

Work on the OSU-35K is carried out by a consortium composed of: Military University of Technology (leader), Naval Academy, PIT-RADWAR S.A. and Zakłady Mechaniczne “Tarnów” S.A. The first firing of the system, as part of the dynamic test phase, took place in June at the ground station in Skarżysko-Kamienna. The public debut of the target version of the OSU-35K was the presentation during the 2022 International Defense Industry Exhibition in Kielce.