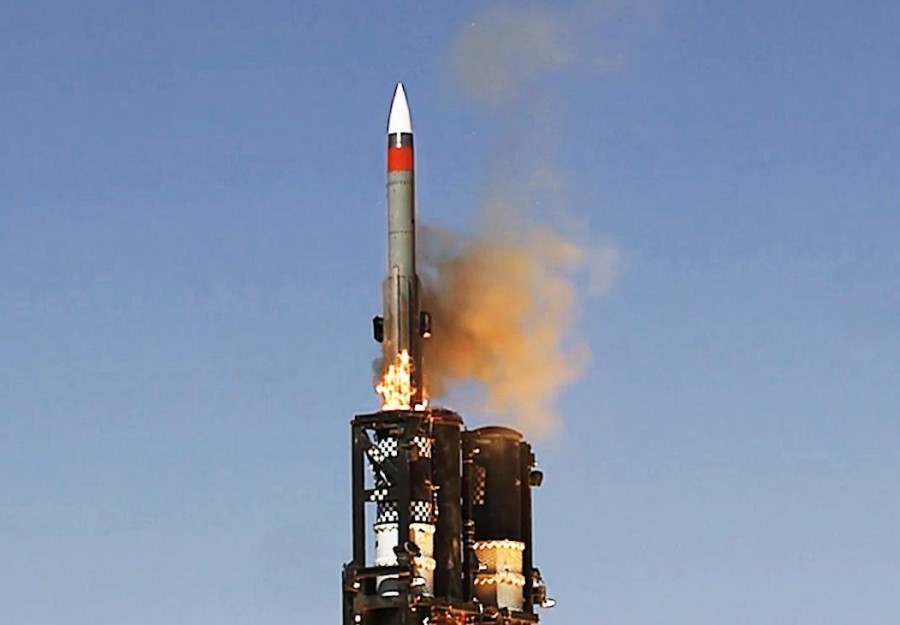 IAI today completed a series of successful live firing trials with the BARAK Air Defense System. The trials tested the system’s capabilities in a range of scenarios and threats, including the interception of an assaulting ballistic target by the BARAK ER (extended range) interceptor.

The BARAK ER missile, developed by IAI, combines the capability to intercept air defense threats at a long range of 150 kilometers and ballistic targets as part of IAI’s BARAK interceptors’ family of various ranges. The extended range capability is made possible in part by adjusting the interceptor and MMR radar capabilities to a 150 km range. The vertically launched missile includes a booster, a dual-pulse rocket motor, and an advanced radar homing seeker.

Boaz Levy, IAI president and CEO: “The evolution of airborne threats across the globe, combined with geopolitical changes, requires an advanced, agile, and versatile air defense system. The BARAK system was operationally proven against countless threats, including some of the most challenging ones today. The trial series we completed today enhances the proven capabilities against wider range of threats. The successful trial further demonstrates the robustness of the BARAK system’s based on IAI’s innovation, technological capabilities and decades of experience in developing air defense systems. The combination of several interceptors in a unified launcher and the inherent modularity of the BARAK system provide an optimal response for the future battlefield, offering the forces unprecedented operational agility and flexibility.”