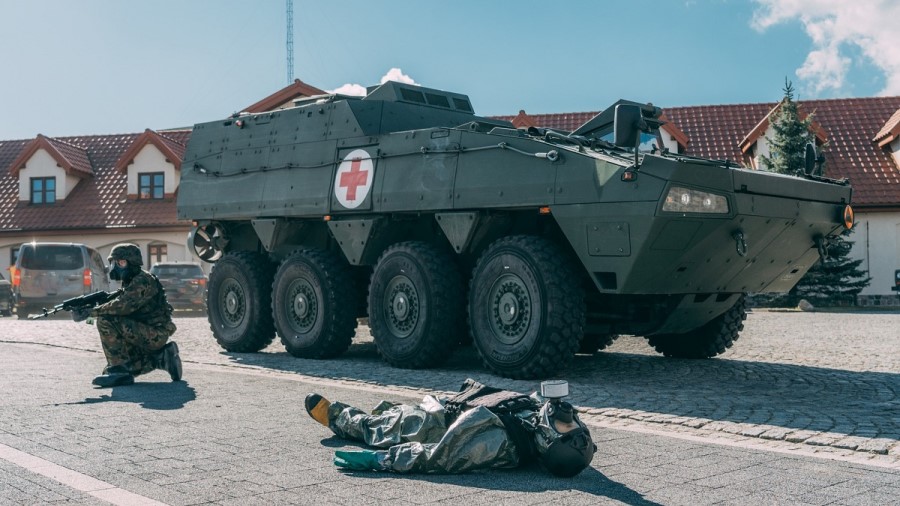 On December 1, an agreement was concluded between the State Treasury – Agencja Uzbrojenia and Rosomak S.A. for the supply of medical evacuation vehicles based on the KTO ROSOMAK chassis.

The subject of the contract is the delivery of 29 medical evacuation vehicles on the KTO ROSOMAK (KTO ROSOMAK-WEM) chassis. The gross value of the order is approx. PLN 450 million, and the deliveries of the vehicles will be carried out in the years 2024-2026.

These will be another KTO ROSOMAK-WEM, which will increase the capabilities of the Polish Armed Forces in the field of medical support. Under previous contracts, 37 ROSOMAK-WEM APCs were acquired, which were delivered to military units in 2008-2011.

KTO ROSOMAK-WEM is designed to collect the wounded from the battlefield in direct contact with the enemy and evacuate them to developed dressing points, as well as to provide first aid, including dressing wounds and injuries and supporting and stabilizing basic life functions by the vehicle crew.