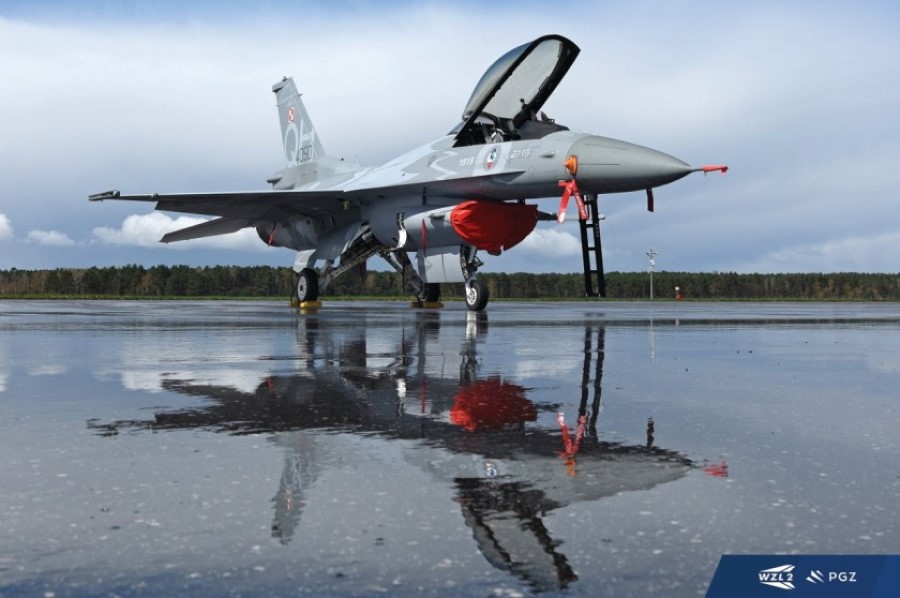 The F-16, number 4050, underwent its inspection after 400 air hours. It covered the thorough, and system verification as well as onboard subsystems, and the fighter’s structure inspection. For the WZL Nr 2 S.A. it has been yet another part of their services development of the F-16 Jastrząb fighter – so far, the specialists from Bydgoszcz have performed selective repairs of the parts and the paint coat replacement. Interestingly, the F-16 4050 visited Bydgoszcz last year, when it received a special painting.

According to public information, the work preparations for the PHASE inspections of the F-16 Jastrząb started in 2019. Under the procedure principals, the first four planes will be inspected in cooperation with Dutch Daedalus Aviation Group company. The service is conducted under a long-term inspection agreement concluded between Bydgoszcz plants and Inspectorate for Armed Forces Support.