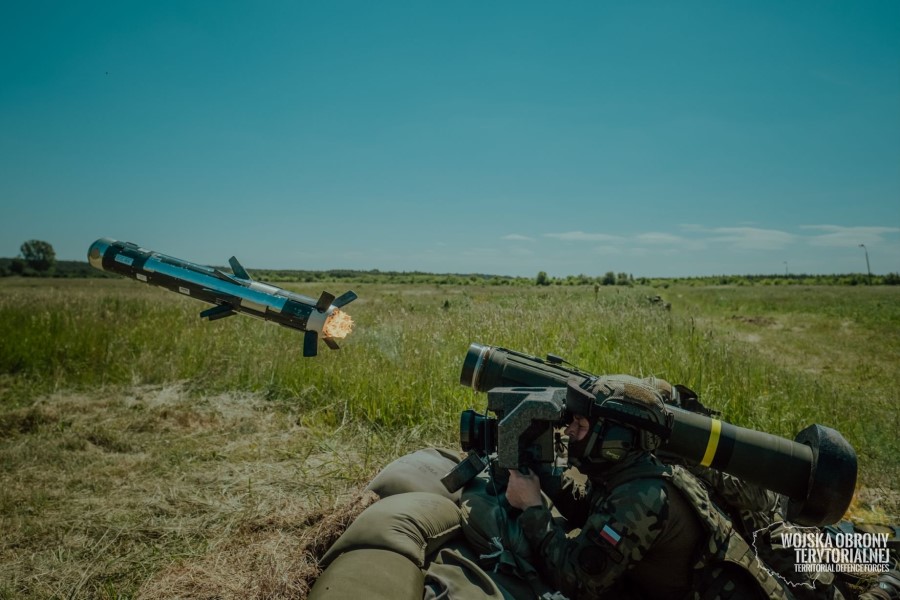 17th of June at the training ground near Toruń, the soldiers of Wojska Obrony Terytorialnej (Territorial Defense Forces) perfomed their first shooting with FGM-148 Javelin anti-tank guided missiles, purchased from the USA in May 2020.

The event was watched by the defence minister Mariusz Błaszczak. The shooting concluded the first training series for instructors, operators and armament technicians – the training process lasted from February this year, and was serviced by Centrum Szkolenia WOT (Territorial Defense Forces Training Center) in Toruń

Under the intergovernmental FMS agreement between Poland and the United States, the Wojska Obrony Terytorialnej will receive 180 FGM-148F Javelin missiles with 60 launchers. Additionally, the bundle will cover school and teaching aids, simulators, spare parts as well as school and teaching support. The complete order is to be performed until the end of this year. The USA government is a contractor, and Javelin JV, including Lochheed Martin and Raytheon, consortium is the producer.

The purchase as well as the implementation of the FGM-148F Javelin into service, according to defense ministry, is to achieve the initial ability to destroy tanks and other armed vehicles by the Wojaska Obrony Terytorialnej.