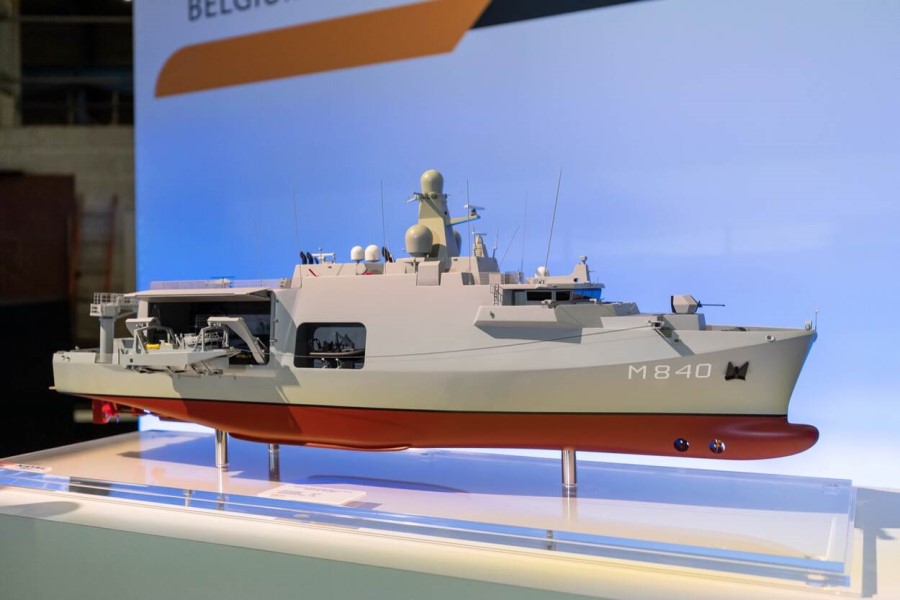 With the welding of a coin, the construction of the first new Dutch mine countermeasures vessel has started ceremonially today. After the keel laying in lanester in France, Zr.Ms. Vlissingen will take shape in the coming period.

First, the hull of the ship is built in different parts. These pieces are then made together into a whole. The new systems are then installed. The intention is that the Vlissingen will sail in 2025.

The Vlissingen is 1 of the 12 new mine countermeasure vessels that the navy has purchased together with Belgium. Both countries get 6. The current mine hunters are nearing the end of their service life and are therefore in need of replacement. The construction of the first new Belgian mine hunter has already started at the end of last year.

Current threat
The threat of sea mines is still relevant today. They are relatively cheap and easy to produce explosives, with which, for example, seaports can be blocked. Furthermore, the seabed is still full of projectiles from the Second World War. In the North Sea alone, it is estimated that there are still tens of thousands of mines and bombs. They still pose danger. It even cost several fishermen their lives after they got explosives in their nets.

Deployed weekly
The current generation of mine hunters is still used weekly for culls, but the successors can do this job more safely. They are equipped with unmanned and autonomous sailing and flying drones. These can be used on, above and below the water. In this way, the ships and their crew no longer have to sail into an area where there may be sea mines and other explosives.

Further cooperation with Belgium
The Netherlands and Belgium not only sought cooperation in the purchase of the mine hunters. Both countries continue to work on joint education, training and operations with the ships. The purchase of other material such as the multipurpose frigates is also done in accordance. The Netherlands has a leading role in this.