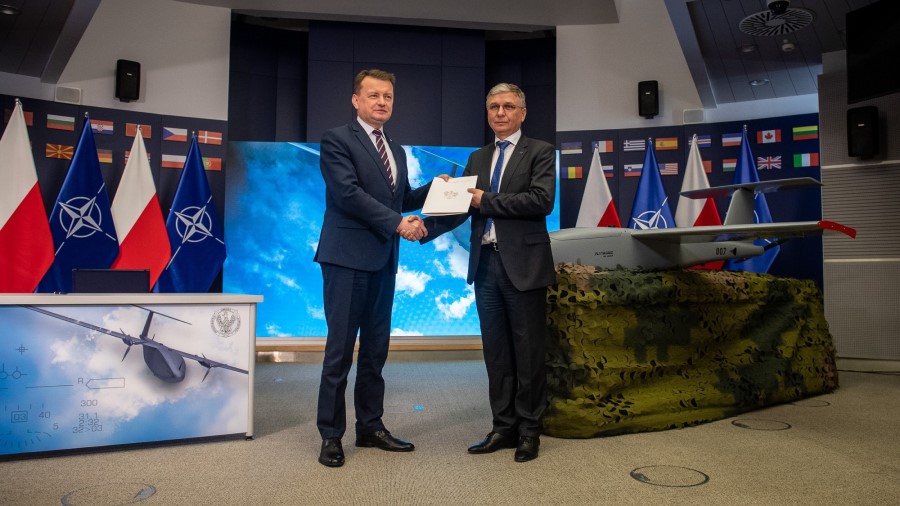 On May 6 this year, with the participation of the Minister of National Defense, Mr. Mariusz Błaszczak, a contract was concluded between the State Treasury – Agencja Uzbrojenia and WB Electronics S.A. (part of Grupa WB), a contract for the supply of GLADIUS unmanned search and attack systems.

The subject of the contract is the delivery, for the needs of the Rocket Forces and Artillery, of 4 battery modules for GLADIUS unmanned search and attack systems along with training and logistics packages. The logistics package includes the delivery of maintenance kits and the service of unmanned aerial vehicles, while the training package, including personnel training, will include training unmanned aerial vehicles and simulators of the GLADIUS unmanned search and strike system.

The total value of the contract is PLN 2 billion gross, and the first deliveries of components included in the GLADIUS battery modules will be completed in 2022.