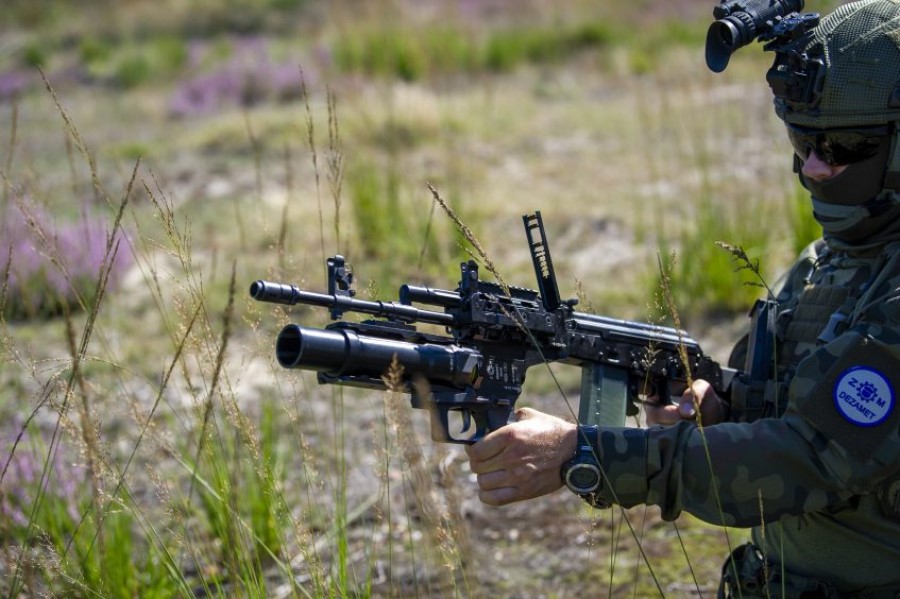 – The latest similar weapon order was performed a few years ago. It is natural for us that as the 40 mm training armaments producer, tactical or martial cartridges or single-shot grenade launchers, we also offer weaponry. We hope that after the GPBO-40 return we will offer it to other uniform forces apart from military ones – said Tomasz Wawrzkowicz, the ZM Dezamet S.A. chairman.

The 40 mm single-shot underbarrel GPBO-40 grenade launchers is suitable for 5,56 mm assault rifles like 96 Beryl or 7,62 mm AKM. It is used against live forces, technical appliances damage, buildings, fire resources, light armed martial devices, setting the smoke curtains, lighting the area, depending on the ammunition. Thanks to the modular GPBO-40 grenade launcher built it is possible to modify the assembly and obtain a weapon in a standalone version (GSBO-40). The grenade barrel is tilted aside to be loaded, which allows it to use non standard ammunition (bigger) size.

Zakłady Metalowe DEZAMET S.A. produces a wide range of artillery ammunition, mortar and grenade launcher ones. Additionally, the company serves civil production as well as metalworking, and also owns an accredited research and measurement laboratory. The company has won many awards, including the prestigious Defender Award, awarded during the International Defense Industry Exhibition in Kielce.