“INS Atzmaut” and “INS Nitzachon” handed over to Israeli Navy 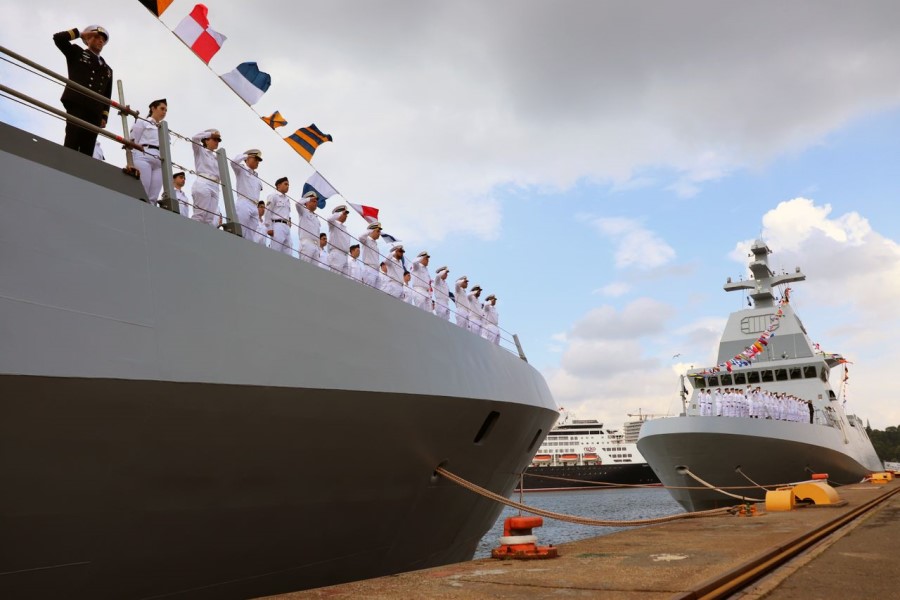 thyssenkrupp Marine Systems has handed over the two ships to the Israeli Navy today. The SA`AR 6-class corvettes had been christened earlier. This means that all four ships ordered have now been delivered to the Israeli Navy. Due to the pandemic, today’s ceremony took place on a small scale. In his speech to the guests at the ceremony and to the crews of the new ships, Managing Director Dr Alexander Orellano emphasised the good professional und personal relationship with the Israel Navy.

Dr Alexander Orellano: “In the six years from the signing of the contract until today, we have developed a superior ship together. We have discussed a lot with each other, sometimes even argued. In the end, we, client and contractor, together built a better ship than originally planned.”

The SA’AR 6-class ships will form the backbone of the Israeli Navy for the next 30 years. thyssenkrupp Marine Systems is building the ships in a joint venture with German Naval Yards Kiel. Vice Admiral Eliyahu Sharvit arrived from Israel for the naming and handover ceremony. The Israeli navy commander-in-chief is pleased with his new ships, as he expressed in his speech: “I thank you for your tremendous effort invested in this combined project to ensure its extraordinary success.”

The contract for the delivery of four SA’AR 6 corvettes was signed in May 2015.

After the design phase, the construction phase began with the ship’s steel cuting ceremony in February 2018. Just 15 months after the first steel was cut, the ship undocked. In May 2019, the “INS Magen” as first of class received her name in Kiel and was handed over in November 2020. The second ship, “INS Oz” followed in May 2021. Today, with “INS Atzmaut” and “INS Nitzachon” the order was completed.

The ships will be equipped with radar and weapon systems by the Israeli Navy after their arrival in their homeport.