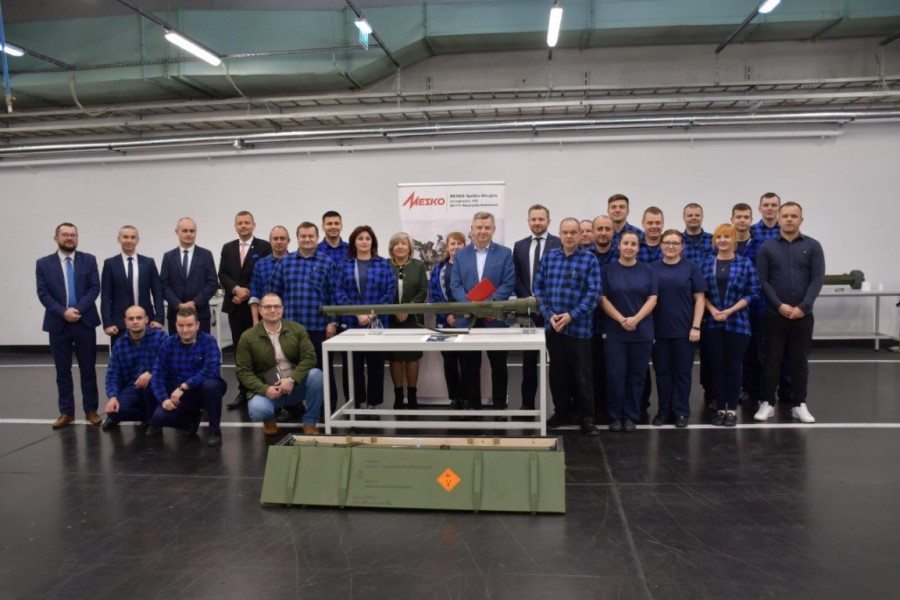 On the 7th of December MESKO S.A. owned by the Polska Grupa Zbrojeniowa S.A. informed about the 3000th Grom MANPAD assembly. The weaponry has been used by the Polish Army and export clients. What’s most important, it passed its baptism of fire.

The first pieces of the Grom Mobile Anti Aircraft Missile System were introduced to the Polish Army in 1995. Within years it was modernized systematically, which resulted in various chassis installments, among others ZSU-23-4MP Biała, ZUR-23 artillery and missile system of various types, Self Propelled Anti Aircraft Missile Poprad System. Since 2002 the deliveries cover Grom equipped with the new homing section.

The weaponry is also exported to Georgia, Indonesia, Lithuania, the United States and Japan. A few of them also went from Georgia to Russia as a prey of war. Officially, Grom was used in the combat conflict between Russia and Georgia in 2008. According to Polish data, the anti aircraft system contributed to bringing down nine Russian aircrafts and helicopters. What’s important is that the above was done by firing 15 missiles.

At present the MESKO S.A. company is producing the next generation Piorun missiles. Until the end of 2022 it will deliver 1300 missiles and 420 launching systems to the Polish Army.