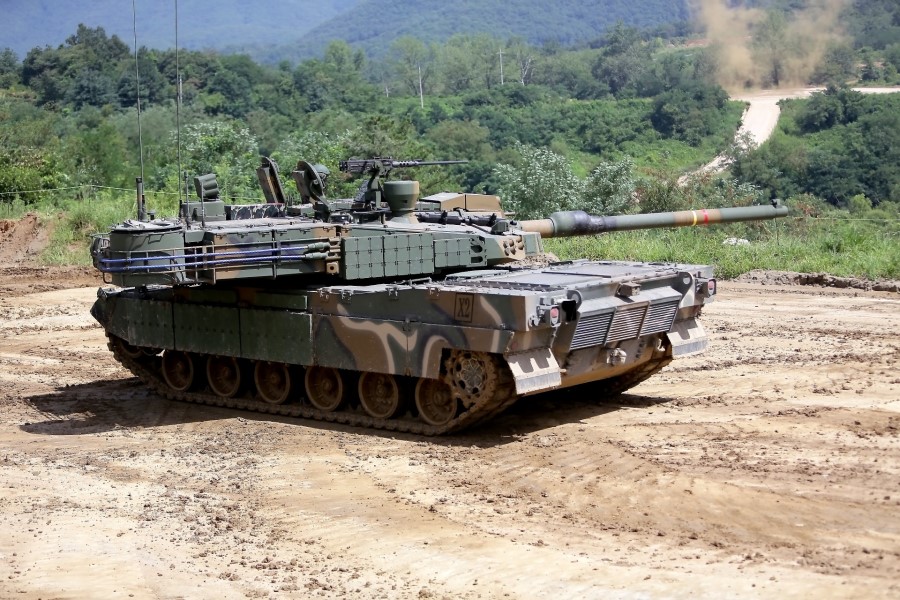 On August 13, during the press conference of Deputy Prime Minister and Minister of National Defense Mariusz Błaszczak in Ilawa, the head of the ministry announced that the K2 Black Panther tanks, which are to be delivered by the Republic of Korea, will be delivered to the 16th Mechanized Division.

According to Mariusz Błaszczak’s declaration, K2 will hit e.g. to the new tank battalion, which is to be formed in Ostróda and subordinate to the 20th Mechanized Brigade. As the minister pointed out, Korean K2 Black Panther tanks will be delivered to the 16th Mechanized Division, and thus also to Ostróda. These are very good tanks, corresponding to the geographical structure of the Warmian-Masurian Voivodeship.

Such a statement may indicate that the first batch of 180 vehicles planned for purchase (equipment for three battalions and training vehicles) may be entirely go to units of the 16th Mechanized Division. It should be remembered that its structures include, among others 9th Armored Cavalry Brigade in Braniewo, which currently has two battalions of PT-91 Twardy tanks. According to the declarations of the Ministry of National Defense, the delivery of the first 180 K2 Black Panther would be carried out in the years 2022-2025. Together with them, the delivery of technical support vehicles, assault bridges and training and logistics facilities are planned. The vehicles are to represent the standard of tanks supplied by Hyundai Rotem to the Army of the Armed Forces of the Republic of Korea.

According to Minister Błaszczak, the K2 Black Panther tanks are better suited for use in north-eastern Poland due to their lower weight (than the M1A2 SEPv3 Abrams), which is about 55 tons.