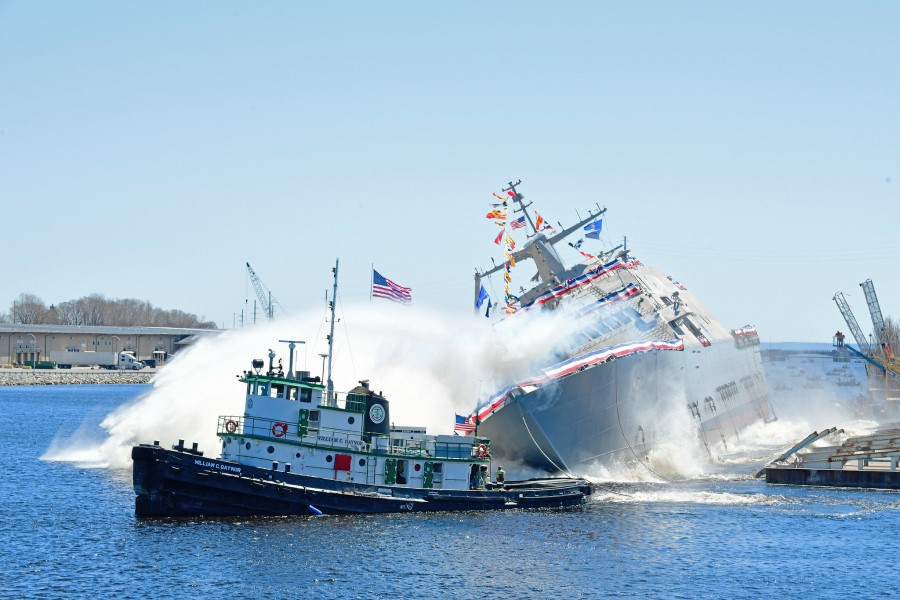 “Lockheed Martin is confident that the sailors of Littoral Combat Ship (LCS) 29, the future USS Beloit, will play a critical role in supporting maritime security and deterrence. The LCS Freedom-variant, operationally deployed today, is an unmatched and highly adaptable warship, designed to outpace the growing threat of our adversaries and fulfill the dynamic missions of the U.S. Navy. Our team of more than 800 suppliers maintains a strong partnership with the U.S. Navy to add lethality and survivability enhancements to the highly capable and resilient LCS class.” – Steve Allen, Lockheed Martin vice president, Small Combatants and Ship Systems.

In 2011, Major General Marcia Anderson was named the first female African American officer to earn her second star in the U.S. Army reserves. When the former Secretary of the Navy, the Honorable Richard Spencer, directed that LCS 29 be named after the City of Beloit, he also asked that General Anderson be honored as the ship sponsor.

“I am honored and excited to be a part of the christening and launch of the USS Beloit. As a Beloit native, I am well aware of the long history my city has had as it supported our national security by not just providing people who served, but also helped build the amazing ships and vehicles that have made our military the envy of the world. I know the USS Beloit will carry that tradition forward as she and her crew become an integral part of our nation’s history, and I am happy to be able to play a small role as the Sponsor during the life of this great ship.”

The Lockheed Martin-led LCS team is comprised of shipbuilder Fincantieri Marinette Marine, naval architect Gibbs & Cox, and more than 800 suppliers in 42 states. Built at the Midwest’s only naval shipyard, LCS production supports 12,500 U.S. jobs, including more than 7,500 jobs in Wisconsin and Michigan.

“Shipbuilding is hard work, done by dedicated professionals. And I could not be more proud of the work done by our team here in Marinette to get another Freedom-class warship built and in the water where she belongs.”– Mark Vandroff, Fincantieri Marinette Marine CEO

Unique among combat ships, LCS is deployed today for close-to-shore missions and is a growing and relevant part of the Navy’s fleet. In the last year, Freedom-variant Littoral Combat ships have supported the Navy on various missions including several counter-illicit drug trafficking in the Caribbean and Eastern Pacific resulting in hundreds of millions of dollars in narcotics seizures. Its speed, strength and versatility make it a critical tool to help sailors achieve their missions. Recently, the Freedom-class Littoral Combat Ship for the first time has deployed to US 6th Fleet, as a measure of assurance for NATO allies and partners in Europe and Africa.

LCS 29 is the 15th Freedom-variant LCS and 29th in the LCS class. It is the first ship named in honor of the city of Beloit, Wisconsin. Lockheed Martin is in full-rate production and has delivered 11 ships to the U.S. Navy. There are five ships in various stages of production.