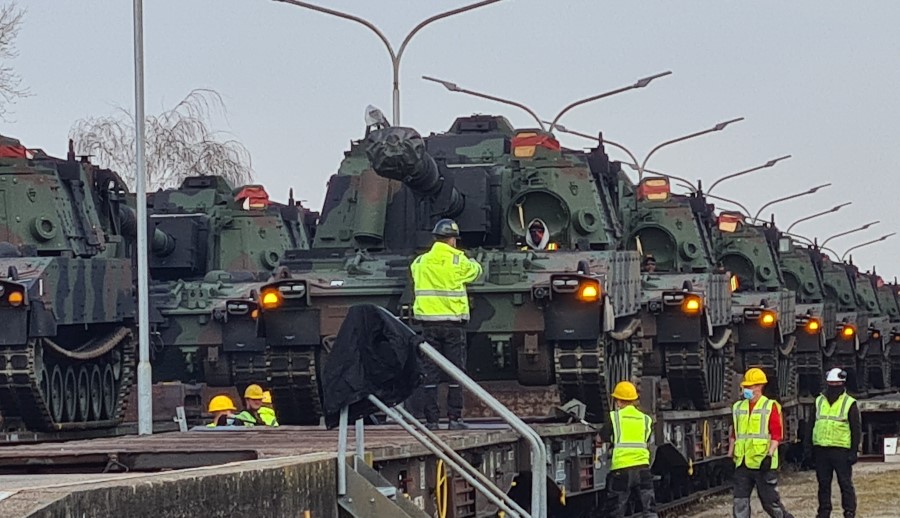 The new armored vehicles, now a part of the 405th AFSB’s Army Prepositioned Stock-2 Program at Coleman worksite, will enhance U.S. Army Europe and Africa’s readiness and capability to support the warfighter while simultaneously promoting stability and security in the region.

Jason Todd, a logistics management specialist at Coleman worksite, AFSBn-Mannheim, said the work of unloading the new self-propelled howitzers from the trains and moving them to the APS-2 site was a joint effort between multiple teams at Coleman Barracks.

The APS-2 site at Mannheim could not support USAREUR-AF’s readiness mission without the total team – more than 800 dedicated and highly-skilled maintainers, mechanics and staff personnel, said Thomas Esposito, the director of Coleman worksite, AFSBn-Mannheim.

“Our regular business is the maintenance and storage and accountability, thereof,” said Esposito. “We maintain this ABCT — forward – ready to issue to an active duty unit in the event of a requirement here in theater. We are also able to issue forward, as we demonstrated during DEFENDER-Europe 20.”