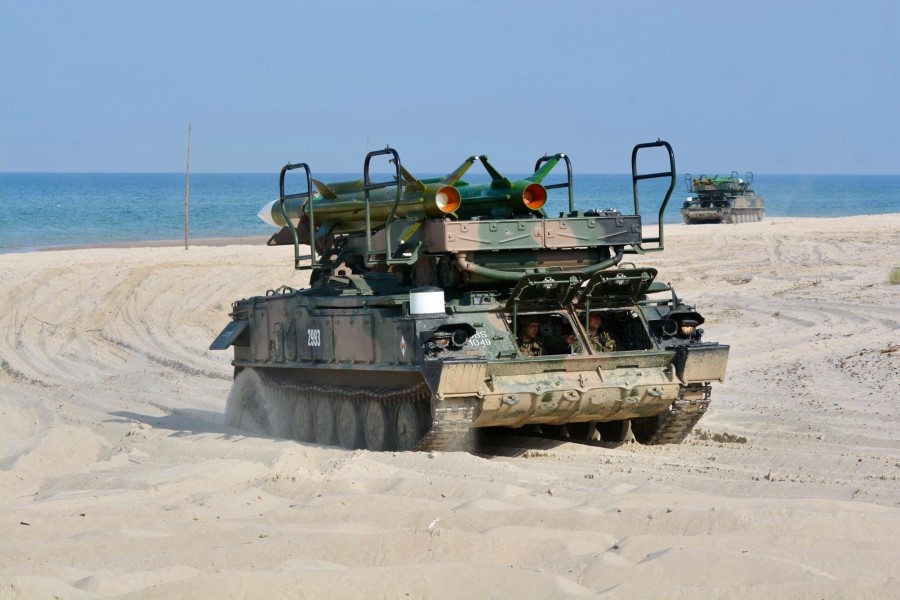 On the 29th of April, during his visit to 3. Brygadzie Rakietowej Obrony Powietrznej (3rd Rocket Air Defense Brigade), Polish minister Mariusz Błaszczak informed about anti-aircraft defense system programme Narew, which will be complementary to the Patriot sets.

Minister announced that he has approved the conditions for obtaining the Narew system. Most likely it concerns the Armament Inspector recommendations approval that were sent to the Polish National Defense Ministry in the last quarter of last year. It means that analytical and conceptual steps have been ended and a contractor choice process has been launched.

The anti-aircraft defense system Narew is intended to complement the Wisła system (under which the Patriot sets are being purchased) – its aim is to destroy airborne targets within 25 km from the fire position. According to modernization plans of the Polish Army, the demand has been assessed for 20 fiery positions, which translates for the key purchase project in the years to come. It also triggers numerous entities, in the country, who are interested to offer their solutions.

According to long-term political declarations from the Ministry of Defense, the major Narew programme executor is to be Polska Grupa Zbrojeniowa S.A., who summoned eleven entities to fulfill the task. The company emphasises that it is thoroughly ready to build the system based on two key pillars: C2 system designed in Poland that will allow them to export the final product – anti-aircraft missile system, capable to cooperate with variety of modern missiles as well as effector integration – short-distance missile, acquired thanks to cooperation with one of the most reputable foreign producers and ultimately completely polonized.

PGZ has developed appropriate partnerships and agreements with potential suppliers of missile systems for Narew. The agreements concern the missile technology acquisition possibility and guarantee further modification and development of the indicated structures, which are part of the key aspect of sovereignty in the life cycle of products and systems of this class in the Polish Armed Forces.