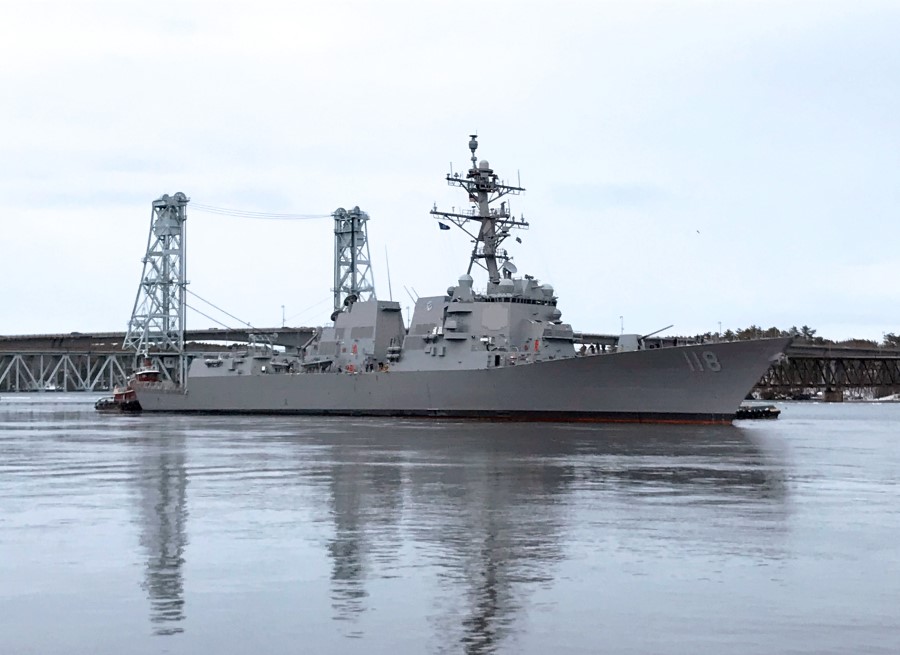 Delivery of DDG 118 represents the official transfer of the ship from the shipbuilder to the Navy. Prior to delivery, the ship successfully conducted a series of at-sea and pier-side trials to demonstrate its material and operational readiness.

The future USS Daniel Inouye is named in honor of Daniel Inouye, who served as a United States Senator for Hawaii from 1963 until his death in 2012. He received the Medal of Honor June 21, 2000 for his extraordinary heroism in action while serving with the 442nd Infantry Regimental Combat Team in Italy during World War II.

“This highly capable platform will deliver the necessary combat power and proven capacity as the ship joins the world’s greatest Navy.” said Capt. Seth Miller, DDG 51 class program manager, Program Executive Office (PEO) Ships. “DDG 118 will continue to honor the legacy of its namesake and ‘Go For Broke’ for decades to come as it supports our Country.”