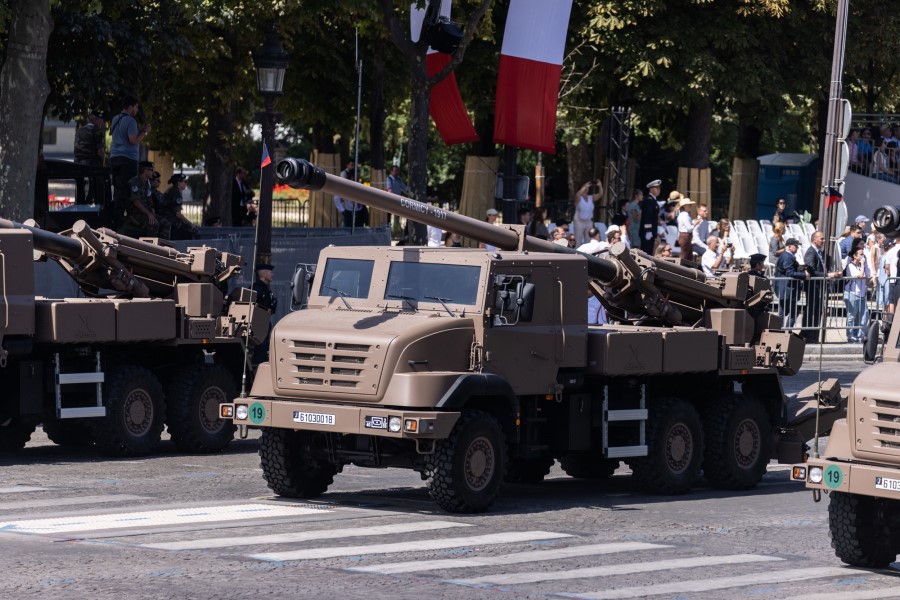 Nexter was notified on July 13 by the Ministry of the Armed Forces through the Directorate General of Armament (DGA) of the order for new CAESAR® artillery systems. The systems will be delivered to the Army no later than the summer of 2024. Nexter, together with the DGA, have thus shown great responsiveness to set up in a few weeks the launch of the production of 18 CAESAR®. It is an accelerated procedure that responds to the pace of a war economy.

In order to allow a rapid availability pending the entry into service of the CAESAR® MkII which will gradually equip the artillery regiments of the Army from 2026, the choice of the Ministry of the Armed Forces fell on the CAESAR® MkI.

The CAESAR® MkI is the first version of this 155mm artillery system mounted on a truck chassis. Being the lightest in its class (18t), it has a very low logistical weight and it demonstrates unparalleled tactical, operational and strategic mobility.

The CAESAR® is distinguished by a very high level of performance

– The CAESAR® is characterized by a fast battery (less than a minute), a rate of fire of 6 rounds / minute and a very fast replenishment (18 shells / minute).
– Its 155mm/52 caliber gun is the only one in the world to be “long range proven” in conditions close to high-intensity combat.

The selection of CAESAR® by several partner countries, particularly in Europe with Denmark, the Czech Republic, Belgium and Lithuania testifies to the confidence placed by our customers in this state-of-the-art equipment that demonstrates on the ground its unparalleled capabilities.