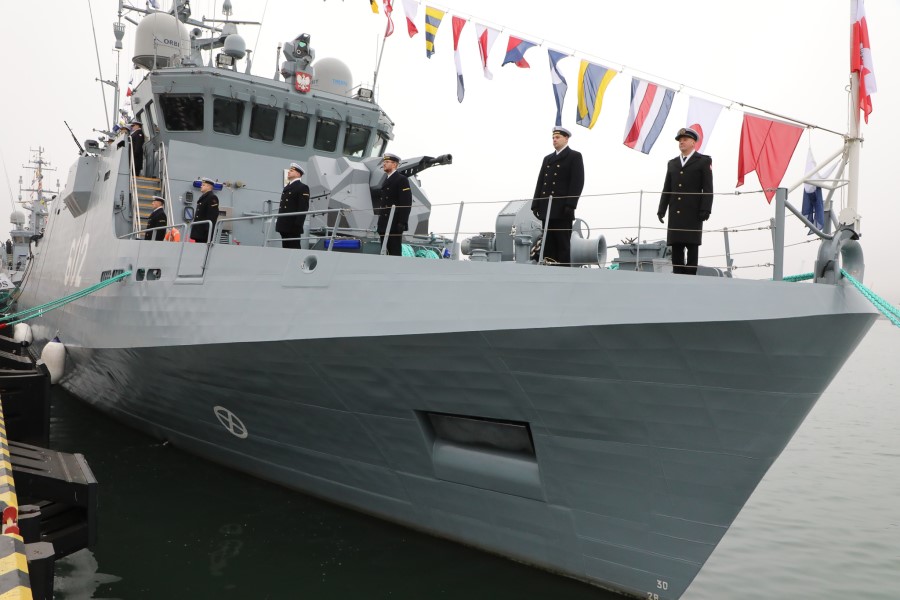 OSI Maritime Systems (OSI) is pleased to announce that it has been awarded a contract by PGZ Stocznia Wojenna (PGZ SW) Shipyard to provide Integrated Navigation and Tactical Systems (INTS) to the Polish Navy’s Kormoran program, vessels four to six.

This is the third contract awarded to OSI by PGZ SW following an earlier signing in 2020 for the delivery of INTS to boats two and three, and a WECDIS agreement for the ORP Arctowski (Hydrographic vessel).

“We are very pleased to have the opportunity to continue to support the Polish Navy and equally proud of the working relationship with PGZ SW,” said Ken Kirkpatrick, President and CEO. “Kormoran has been a very rewarding project. It has once again proven OSI’s success in a new market and further developed our footprint in Europe.” Under the terms of the contract, OSI will continue on from the previous agreement and design, build, deliver, and install another three INTSs for the Polish Navy Kormoran Class Mine Countermeasures Vessel new build program.

The Kormoran is part of the Polish naval modernisation program and will operate in the waters of the Polish exclusive economic zone
(EEZ) and participate in NATO’s countermeasure group in the Baltic and the North Sea. “Over 25 NATO and Allied fleets operate using
OSI integrated navigation and tactical solutions, which translates to navigation commonality and standard to a level that is on par with many of the world’s leading navies,’ commented Jim Davison, Vice President of Business Development