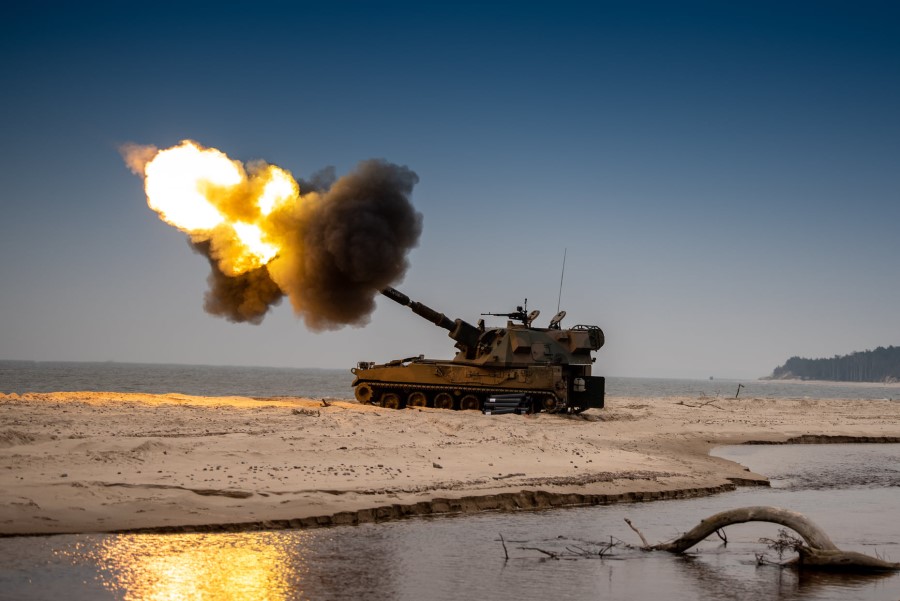 The Zakłady Metalowe DEZAMET S.A. has delivered 155mm ammunition for KRAB self-propelled howitzer to the army, which constitutes yet another stage of a multiyear contract to the Polish Ministry of Defense Armament Inspectorate.

An increased number of 155mm Krab howitzer translates to an increased need in ammunition production demand of that type of weapon. The shell has been armed with the double-action impingement fuse, which means the immediate action or short time delay action. It meets all the requirements according to the NATO principles. Apart from the shell it contains self-igniting modular charges – confirmed Jerzy Deruś the Zakłady Metalowe S. A. chairman – we work on the highest standard ammunition there is for our army, each order means ipulse for further development of our company and brings the implementations already owned to perfection.

The current order has been a result of the 2019 contract with the Armament Inspectorate for 155mm ammunition with the high explosive shell. Total value of the contract is PLN 420 mln. The deadline is the year 2022.