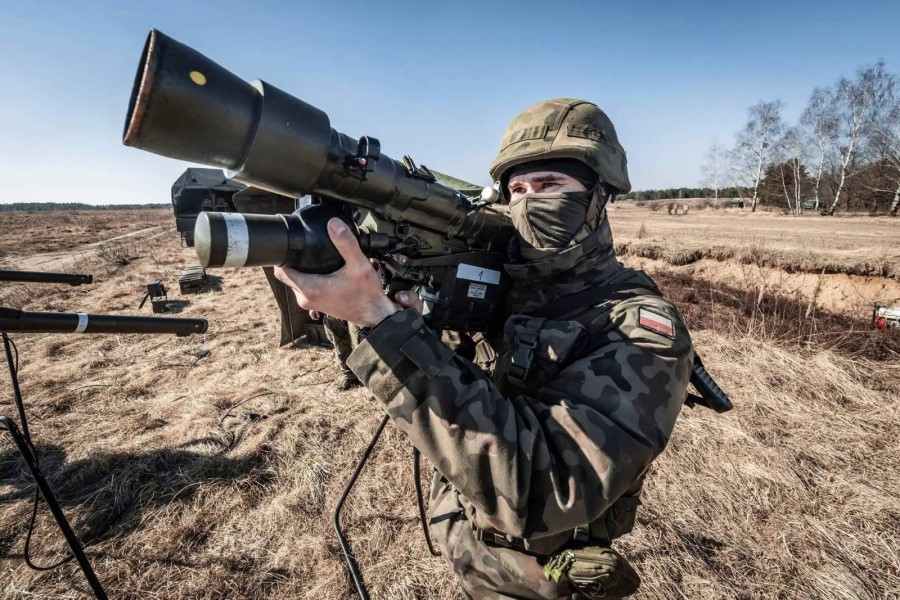 On the 30th of March Mariusz Błaszczak announced, traditionally through the social media, that the defense district continues to order the Piorun MANPADs, produced by the Mesko S.A., part of the Grupa Zbrojeniowa S.A.

Nowadays, the Mesko S.A. is performing the 2016 contract covering the 1300 missiles and launching mechanisms – the whole order will go to the Polish Army till the end of 2023. According to declarations, the base contract is to be annexed and extended for the next years.

The Piorun MANPAD has been used in the Polish Army and also as the self-propelled anti-aircraft Poprad missile set. Additionally the unknown party was diverted to Ukraine (as the military aid), where it performed a high rate of destruction – thanks to Piorun it was possible to hit and destroy (unofficially) a variety of airborne targets (including multirole fighters). This and the technical advancement make that the set has become an item of interest by export clients, however neither the Ministry of Defense nor the producer released any details on the matter.

The decision to continue purchasing may have several reasons: to sustain the production and technology potential of Mesko S.A., to extend the warehouse supply essential for the planned increase of the Polish Army troop number and to replenish the supplies after the party of arms has been handed over to Ukraine.