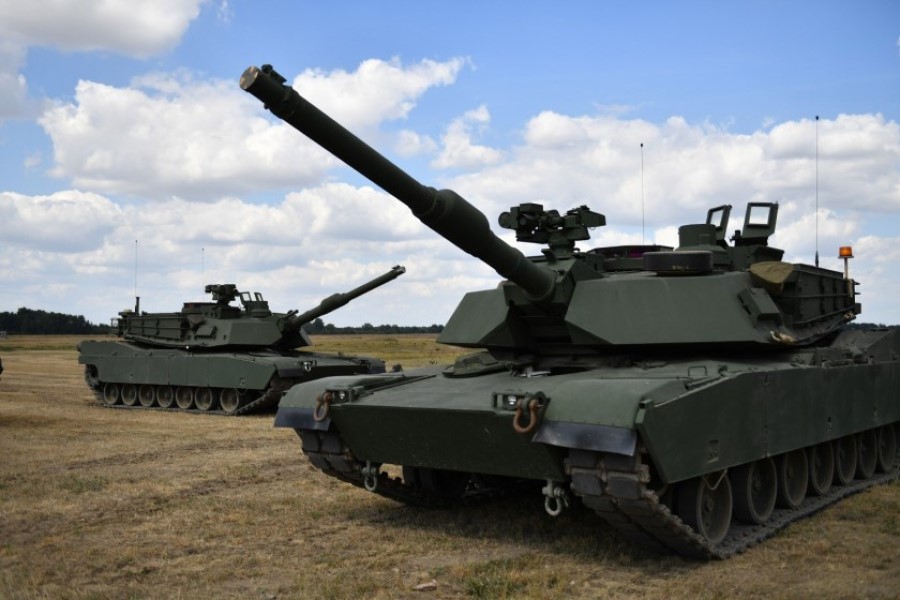 On Wednesday, August 10, at the Military Training Center in Poznań, Mariusz Błaszczak, Deputy Prime Minister and Minister of National Defense, watched the training of Polish soldiers on Abrams tanks. In the training conducted by the American side as part of the so-called The Abrams Academy will take part by the end of 2022, a total of about 150 soldiers, including technical staff, instructors and crews who will then be users of the equipment.

The M1A2 ABRAMS SEPv3 version purchased by Poland has the specification identical to the equipment used by the US armed forces. The tanks are equipped with state-of-the-art communication, vehicle positioning and combat management systems. The tanks will serve mainly in the 18th Mechanized Division. In April this year. Mariusz Błaszczak, the deputy prime minister of the Ministry of National Defense has signed a contract for the purchase of 250 American M1A2 Abrams tanks in their latest configuration, along with accompanying equipment and a training package.

I would like to emphasize that when we announced last year the purchase of 250 ABRAMS tanks for the needs of the Polish Army, we said that the process of preparation for the takeover of these tanks by the Polish Army would be very fast and we had the results of these actions. The course has started, the training has begun, which allows Polish soldiers and Polish technicians to quickly prepare to service ABRAMS tanks – said the deputy prime minister.

Our goal is that the tanks, once equipped with the Polish Army, can be operated by trained soldiers, and it will happen next year. (…) We also care about interoperability, and thus building interoperability with the US military. General Kolasheski is the commander of the 5th Corps of the US Army, the forward element of this corps is permanently stationed in Poland and it is from here that American soldiers on the entire eastern flank of the North Atlantic Alliance are commanded, from Poznań, from Poland. This is very good news, because it is building the defense capabilities of the Republic of Poland, this cooperation between the Polish Army and the US military. The fact of the permanent presence of the 5th Corps of the US Army and the fact of joint exercises of Polish and American soldiers – said the head of the Ministry of National Defense.

The deputy prime minister also thanked everyone who is involved in the process of training Polish soldiers.

A year ago, we decided that Abrams would be used by the Polish Army. This year, training is already underway, next year there will be the first copies of the part of our contract that concerns filling the gaps in our defense capabilities, so soldiers of the Polish Army and technicians will be prepared to take over their duties of servicing Abrams tanks overnight. , and thanks to this, Poland will be more secure, thanks to which all countries on the eastern flank of the North Atlantic Alliance will be more secure – said the deputy prime minister.