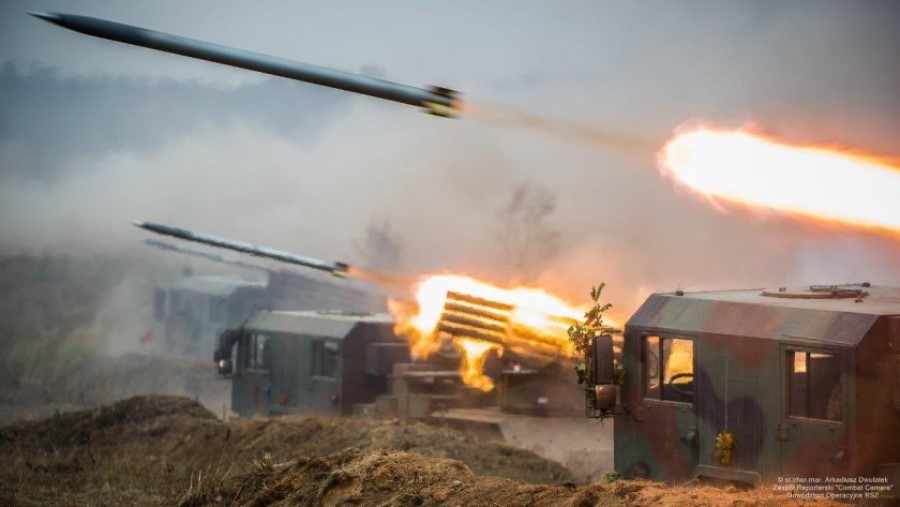 The first of them has been concluded between the Armament Inspector and PGZ Rak-Amunicja consortium (it is PGZ S.A., ZM Dezamet S.A., Mesko S.A. and Zakłady Chemiczne Nitro-Chem S.A.), detailing the 23000 120 mm Rak-HE-1 mortar shells. They will be used by the self-propelled Rak mortars. According to declarations, the modern ammunition range covers up to 10 km distance, and the first batch will be produced this year. The entire contract will be exercised until 2024. Due to the increasing number of Rak mortars in Polish Army, both parties predict continuation of orders in the future.

The second agreement, worth PLN 96 mln, concerns 2320 pieces of 122 mm Feniks FHD racket missiles. They are intended for WR-40 Langusta artillery launchers and for currently used BM-21. They are distinguished when it comes to range, allowing them to destroy targets located about 40 km away. The agreement execution will conclude in 2023.

As Sebastian Chwałek, the PGZ S.A. chairman, indicated – the signed agreement for the shells delivery intended for company fire module RAK and for Feniks missiles have been the best, for Polska Grupa Zbrojeniowa, prove to strengthen the Republic of Poland Armed Forces defense potential. The supply of combat assets for the implementation of the tasks set for our army is our contribution to the state security system. Along with the Polish Army development, we also develop our capacities, and this large order will not only translate to higher employment in our plants, but also opens space for gaining new experiences in the scope of racket technology and artillery systems. We are grateful for the order and we declare further successful cooperation.