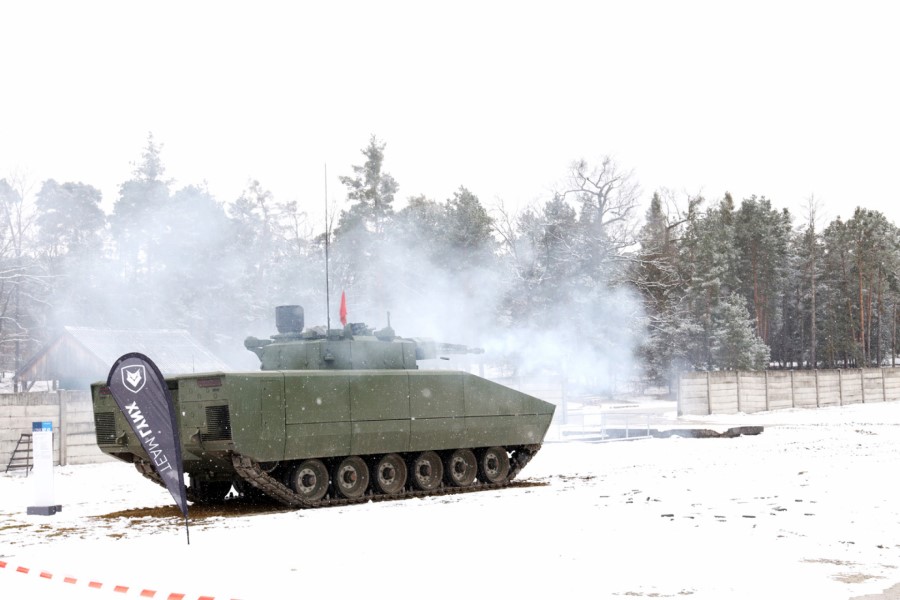 In this case, too, the selection criteria will cover the requirements of the Slovak Armed Forces, demands for a transparent procurement process and, last but not least, a significant level of SVK defence industry content in the programme. As Defence Minister Jaroslav Naď acknowledged, emphasis will be placed on genuine value for money.

To select a most suitable contractor, MOD leaders are set to hold a series of negotiations and attend presentations on this type of Infantry Fighting Vehicle (IFV) variant in the very next months to come. The first such event was today’s live-action demonstration and static display of the LYNX KF41 Armoured Fighting Vehicle (AFV), developed and manufactured by Rheinmetall AG. In attendance on LYNX KF41 Capabilities Demonstration Day at the Military Technical and Testing Institute (VTSÚ) Záhorie were Defence Minister Jaroslav Naď, Deputy Defence Minister Marian Majer, Chief of Defence Gen Daniel Zmeko and representatives of the SVK Defence Industry.

The aim of the presentation by the Rheinmetall Defence team was to introduce the LYNX KF41’s technical capabilities and functional parameters through live firing and driving scenarios and a guided close-up look at the AFV. Alongside this, MOD leaders and Rheinmetall AG Chairman of Management Board/CEO Armin Papperger addressed ways to get SVK defence firms involved in the manufacture and delivery of the new tracked armoured fighting platforms for the SVK Armed Forces. The Rheinmetall delegation received a tour of the manufacturing facilities at DMD Holding, a state-owned joint stock company.

Defence Minister Jaroslav Naď said: “Tracked armoured fighting vehicles should be at the core of our future Heavy Infantry Brigade, the stand-up of which represents one of our fundamental commitments towards NATO Allies in the field of introducing high quality improvements in our Armed Forces. We approach this and all other commitments with utmost responsibility – our aim is to select and procure fully compliant, advanced and reliable armoured fighting vehicles, with SVK firms expected to take on an active role in this programme.”

The head of the MOD appreciated the interest of Deputy Prime Minister and Minister of Finance Eduard Heger, Minister of Interior Roman Mikulec and Chairman of the Parliamentary Committee on Defence and Security Juraj Krúpa in this project. Today, they joined Defence Minister Jaroslav Naď in observing the first in a series of scheduled AFV capabilities demonstrations by potential suppliers.