Slovakia will buy APCs from Finland 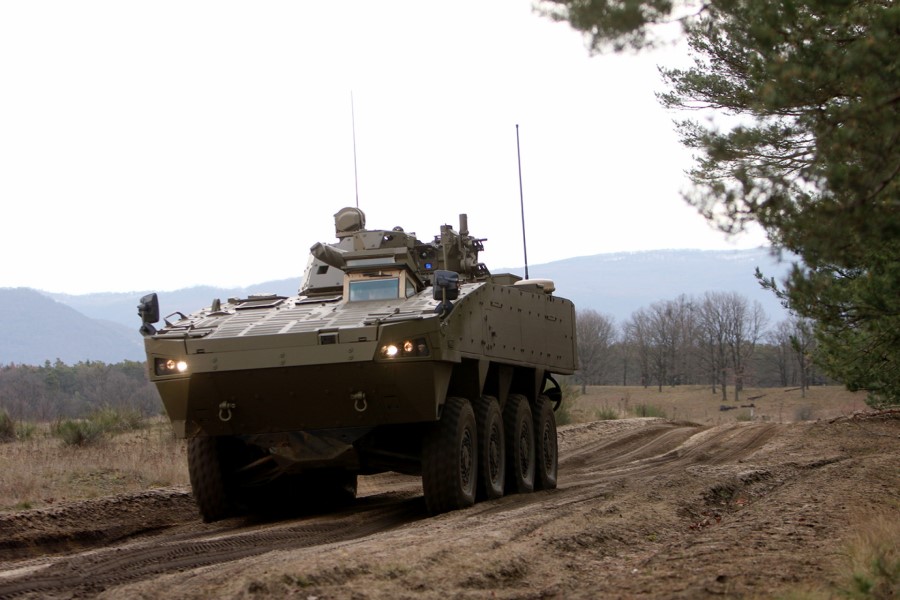 The Armed Forces of the Slovak Republic are one step closer to the historical equipment of 8×8 armored vehicles. This type of technique is one of the main armaments of allied army ground forces within the North Atlantic Treaty Organization. Slovakia is one of the last NATO/EU countries not to have such technology.

The Government of the Slovak Republic today agreed to the proposal of the Ministry of Defence of the Slovak Republic for the procurement of 76 pieces of 8×8 combat armored vehicles with the Government of Finland in the form of intergovernmental cooperation of the so-called “government-to-government” project (G2G) at a purchase price of EUR 447 million with VAT (including logistics, ammunition and infrastructure). It did so on the basis of an evaluation of the sent offers of acquisition of 8×8 combat armored vehicles, from which the finnish offer of the Patria AMVXP 8×8 in the configuration with turra-30 tower and 30 mm cannon emerged as the best.

“It is the most advantageous comprehensive offer, which fully meets the technical and operational requirements of the Armed Forces of the Slovak Republic and is fully compatible with NATO systems. The new technique will replace infantry combat vehicles, which are at the end of their technical life, not to mention their decreasing uptime precisely at the time when the requirements for readiness of the Armed Forces of the Slovak Republic are growing,” said Slovak Defense Minister Jaroslav Naď, adding that new combat armored vehicles will also be the basis in fulfilling allied commitments to create a heavy mechanized brigade. The first BOV 8×8 could ideally be delivered as early as next year.

Bids have been evaluated in several areas. The acquisition price itself represented 35% of the evaluation, technical specifications 30%, logistical support, i.e. the calculation of the lifecycle of the technique had a weight of 10% and a quarter of the evaluation was the level of involvement of the Slovak defence industry. The emphasis was placed on the requirements of the Slovak Armed Forces, the economic aspect and also the provision of security of supply in the event of a crisis situation. Part of the evaluation was also testing of vehicles at the Military Technical and Testing Institute of Záhorie.

All steps of the implementation of the project of acquisition of BOV 8×8 are set up and financially covered by the budget of the Mo SR. The BOV 8×8 project is linked to other modernisation projects, not only in the short term, but also in the long term. After the approval of this material by the Government, the Mo SR will start the preparation of an intergovernmental agreement between the Government of the Slovak Republic and the winner of the tender, i.e. the Government of Finland, in order to negotiate the necessary conditions for the conclusion and implementation of the contract.