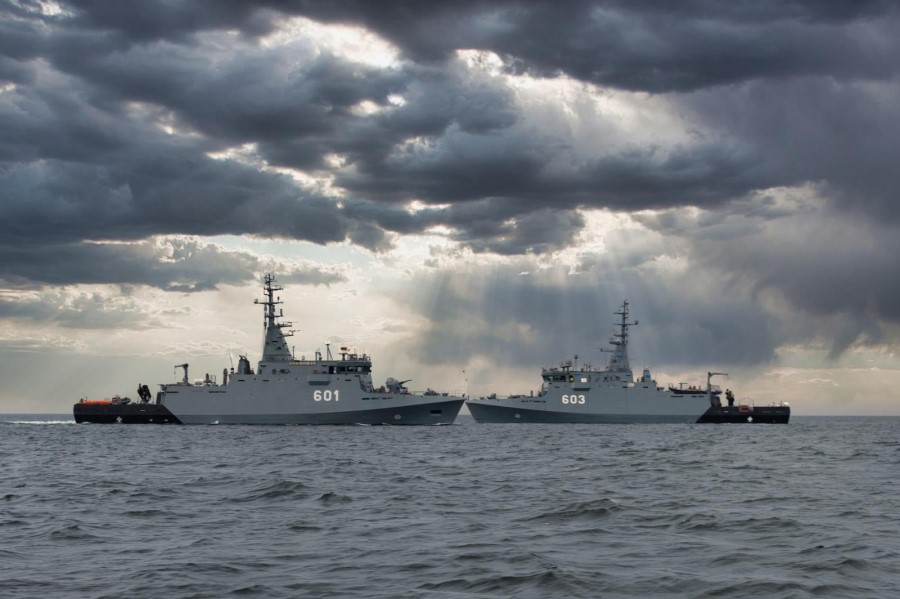 On the 15th of March Mariusz Błaszczak, Polish Minister of Defence, announced that the Armament Agency is going to order another three Kromoran II MCM’s for the Polish Navy. The decision was expected to happen for a few months.

At present at the Polish Navy disposal there is an ORP Kromoran (601) prototype, and in the periods of trials they also have Albatros (602) and Mewa (603). All has been constructed by the consortium consisting of: Remontowa Shipbuilding S.A. shipyard, Ośrodek Badawczo-Rozwojowy Centrum Techniki Morskiej S.A. and Stocznia Marynarki Wojennej S.A (at present PGZ Stocznia Wojenna Sp. z o.o.). The first three will empower the 13. Dywizjon Trałowców (13. Minesweeper Squadron) in Gdynia, where they will replace the decommissioned 206FM minehunters. The allocation of the next three is unknown, however one may not exclude that they are destined for the western coast, Świnoujście – to the 12. Woliński Dywizjon Trałowców (12th Woliński Minesweeper Squadron) that has been exploiting the 207P minesweepers at present (the youngest are 38 years old).

The MCM program for the Navy continuation has been indicated by various experts – it will allow to equalize the eastern and western coast powers of Poland, and will also unify the both squadrons’ equipment facility. Additionally, it will sustain the production potential of the Remontowa Shipbuilding S.A. in Gdańsk. The three Kromoran vessels’ construction means the profound modernization of the Navy equipment. This year Miecznik fregates supplier has been announced.