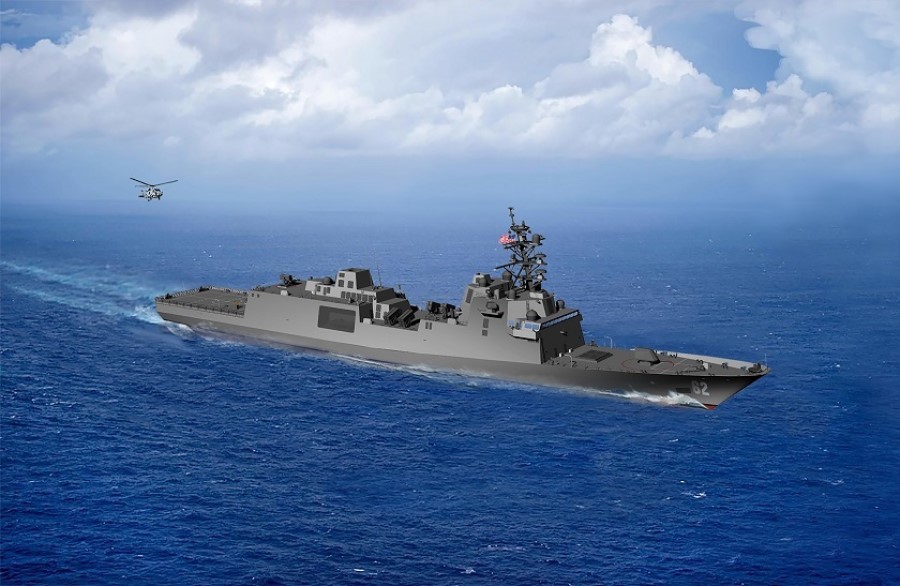 On June 16, the US Department of Defense announced that it had signed a contract with Fincantieri Marinette Marine Corp. on the order of the third Constellation-class frigate – the future USS Chesapeake (FFG-64).

The June contract is worth US $ 537 million and is to be completed by the end of August 2028. At the time of signing, full financing of the project was launched, 51% of which will be implemented at Fincantieri Marinette Marine Corp. in Marinette, Wisconsin. At the same time, it is the use of another option of the framework agreement that was concluded between the above entity and the US Department of Defense – as part of the 1st phase of the FFG (X) program, both parties concluded (April 30, 2020) a long-term contract for a prototype frigate (the future USS Constellation) and option for nine more units. So far, two have been contracted: in May 2021, the future USS Congress (FFG 63, delivery by January 2027) and the USS Chesapeake (FFG 64, delivery by August 2028) were ordered.

Constellation type frigates are to be an important supplement to US Navy surface escort forces based on destroyers Arleigh Burke and LCS types Freedom and Independence. They are structurally based on the Italian version of the FREMM type frigates. Of course, as part of the project adaptation, as many American solutions as possible were used. According to the decisions of the US Department of the Navy, the home base for the first twelve is the Everett base in Washington state. This means that most of them will operate primarily in the waters of the Pacific Ocean.