Ukraine received the first of the ordered Zuzana 2 howitzers 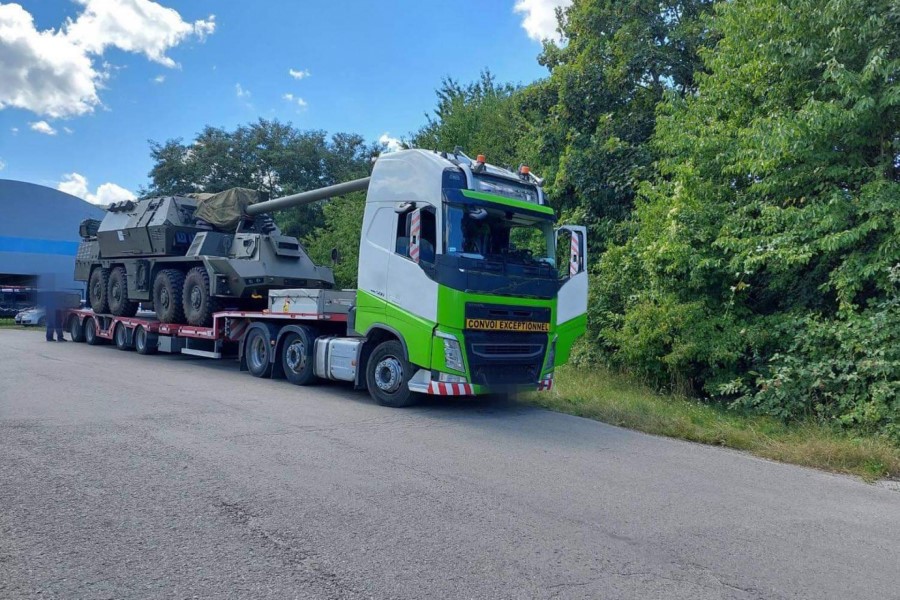 The Ministry of Defence of the Slovak Republic confirms that the Ukrainian side has taken over the first pieces of the eight Zuzana 2 self-propelled howitzers, which Slovakia, through the state-owned joint-stock company Konstructta Defence belonging to the Ministry of Defense, undertook to deliver to Ukraine on the basis of a commercial sale contract concluded in June this year.

“On the basis of the concluded commercial contract, the Ukrainian side took over the first 4 pieces of the Zuzana 2 self-propelled cannon howitzer,” confirmed Alexander Gursky, director of the state-owned joint-stock company Konstructta Defence.

According to Defence Minister Jaroslav Naď, even with the contribution of the conclusion of this contract, Slovakia has become one of the countries whose assistance is most felt for Ukraine. “The dialogue with Ukrainian partners is regular, intensive and conducted in such a way that our assistance to Ukraine is as effective, targeted and ultimately life-saving as possible. Because that is our primary goal – to contribute to saving as many lives as possible and to help our Ukrainian friends stop this gratuitous and unbridled bloodshed,” said Minister Naď.

He added that Slovak howitzers will benefit the Ukrainian armed forces, as artillery systems are a key element of combat support in the ongoing conflict in Ukraine and are used in a wide range of operations.

Contract for Zuzana 2 howitzers for Ukraine was signed
The Polish government confirms the information on signing a contract for the sale of Krabs to Ukraine
First Armoured Personnel Carriers depart for Ukraine
PoprzedniPrevious post:ORP Albatros delivered to the Polish Navy
NastępnyNext post:BAAINBw takes delivery of second Airbus A321LR for the Bundeswehr
Defence Industry News