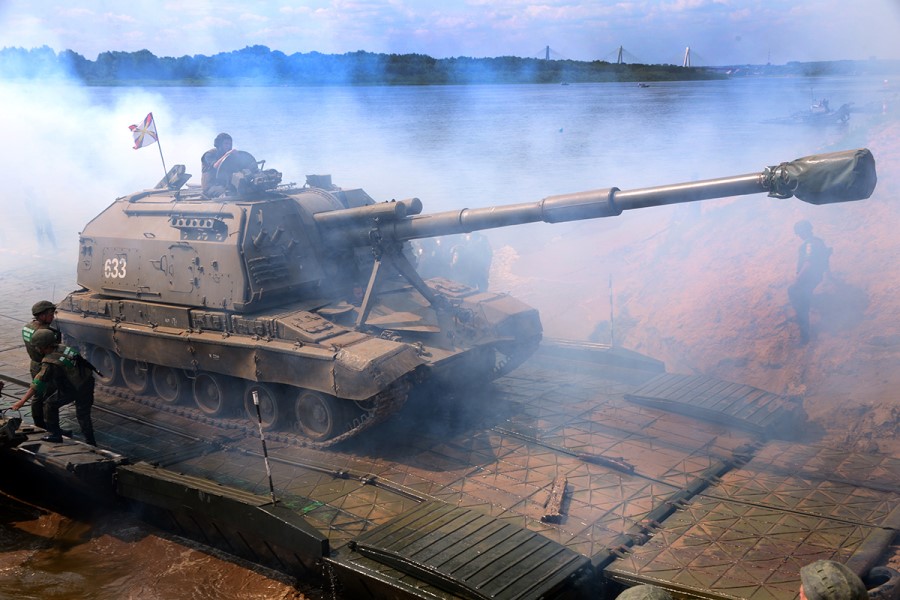 The enterprise “Uraltransmash” of the concern “Uralvagonzavod” in the framework of the state defense order produced and delivered to the Ministry of Defense of the Russian Federation new self-propelled howitzers 2S19M2 “Msta-S”. The obligations were fulfilled within the terms established by the contract.

“When creating the 2S19M2 Msta-S, the sighting rate of fire was improved to ten rounds per minute and the accuracy of guidance, a fire raid mode was introduced, which allows one gun to hit the target with five shots at a time, and then leave the firing position. In addition, the conditions of the crew habitability have been improved,” said Dmitry Semizorov, General Director of Uraltransmash JSC.

The 2S19M2 self-propelled howitzer is a modern combat vehicle, during the development of which special attention was paid to improving the tactical and technical characteristics and increasing the reliability of the installation. The product is fully equipped with a transportable zip and accepted by the military mission.