Uralvagonzavod shipped a batch of BREM-1M to the customer 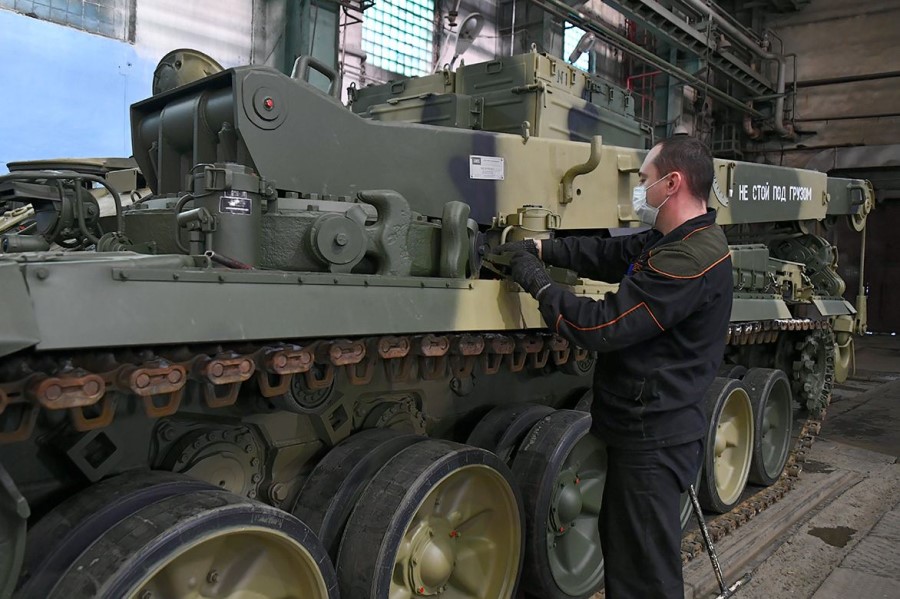 Uralvagonzavod of the State Corporation Rostec sent the customer a batch of engineering equipment. As part of the implementation of the state defense order, armored repair and recovery vehicles BREM-1M were shipped to the Ministry of Defense of the Russian Federation.

BREM-1M is engaged in the technical support of T-72, T-80 and T-90 tanks and is designed to evacuate, including from enemy fire, damaged vehicles that are delivered to assembly points or to shelter. Brem-1M is also used to assist crews in repairing and maintaining tanks in the field.

BREM-1M is a modernized version of the BREM-1, adopted in 1975. Modernization was carried out by specialists of the Ural Design Bureau of Transport Engineering of the UVZ concern in 2001. Since 2012, repair and recovery vehicles have been produced at the enterprise and in the interests of foreign customers. In 2013, by order of the Minister of Defense of the Russian Federation, the machine was adopted by the Russian army, and since 2016 it has been included in the state defense order and supplied to the troops.

Unlike its predecessor, created on the basis of the T-72 tank, the BREM-1M was developed on the basis of the T-90 tank and has a four-stroke multi-fuel diesel engine V-92S2 produced by ChTZ-Uraltrak LLC with a capacity of 1000 hp instead of 840 hp It provides the BREM-1M with a maximum speed on the highway of at least 60 km / h, and the power reserve, taking into account additional barrels, is 700 km.

Also in the modernized machine there is a winch with a pulling force increased to 35 tons instead of 25 tons, which is used to evacuate tanks and other vehicles. The lifting capacity of the hydraulic crane has also been increased to 20 tons instead of the previous 12. The BREM-1M kit includes an electric welding machine, with the help of which repair work is carried out in the field. The carrying capacity of the cargo platform is 1.5 tons.

BREM-1M is armed with an autonomous open-type anti-aircraft machine gun of 12.7 mm caliber; equipped with observation devices for conducting technical reconnaissance on the battlefield.