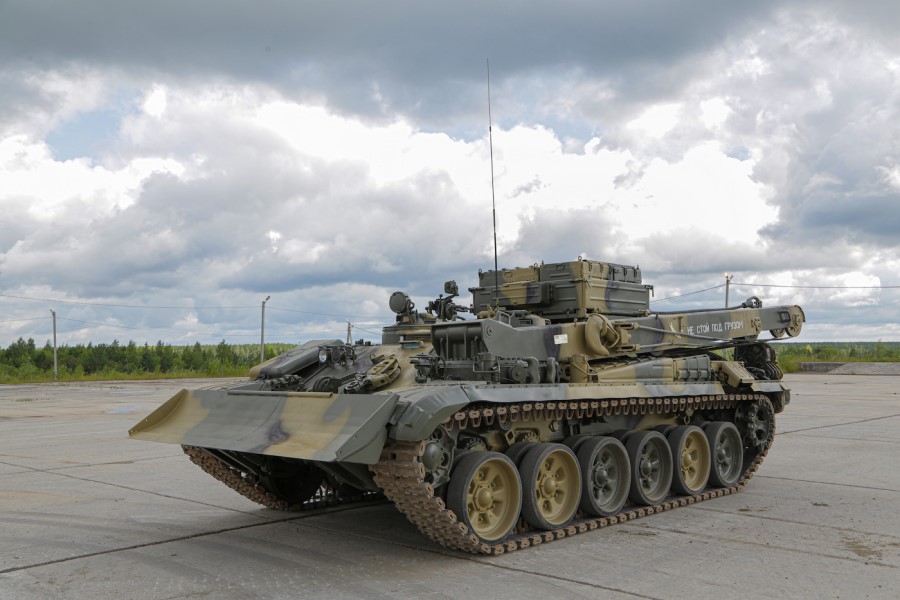 Uralvagonzavod of the State Corporation Rostec sent to the Ministry of Defense of the Russian Federation another batch of special equipment as part of the execution of the state defense order, including T-90M “Breakthrough” tanks and armored repair and recovery vehicles BREM-1M.

T-90M and BREM-1M are among the latest and most promising developments created by design engineers of the Ural Design Bureau of Transport Engineering of the Uralvagonzavod concern. They are mass-produced and are well known to the Russian military.

T-90M is the most perfect modernization of the T-90 tank created in the 90s of the twentieth century. At the same time, “Breakthrough” has the technical capabilities and combat power of the machine of the XXI century: all-angle protection, powerful, reliable transmission and engine. The highly automated combat module is equipped with a multispectral gunner’s sight and a panoramic commander’s sight. This allows the commander not only to get more information, but also to control the armament of the combat vehicle.

No less advanced is the BREM-1M armored repair and recovery vehicle created on the basis of the T-90. Its unification with the basic main tank is very high. The 1000-horsepower engine produced by ChTZ-Uraltrak – the same as on the T-90M – allows you to reach speeds of up to 60 km / h. BREM-1M will easily overcome the slide even in 30 degrees with a roll of up to 25 degrees. It is armored, which protects the crew when hit by shells or their fragments. The machine is equipped with two winches, a hydraulic crane, a coulter-bulldozer, welding and other equipment. There is always a repair fund on board, which allows not only to repair or, if necessary, evacuate any damaged equipment weighing up to 52 tons, but also to restore damaged infrastructure. Even if the BREM-1M is stuck, it will easily pull itself out.

“The BREM-1M is as easy to operate as the T-72 and T-90 tanks. It can work in any area, under any conditions. The car is comfortable. It is easy to cope with special equipment. A well-trained crew will prepare the BREM for work quickly enough. If the load is small, it will deploy the crane in 2-3 minutes. But welding, of course, requires professional skills,” said Alexander Gizatulin, test driver of combat vehicles.