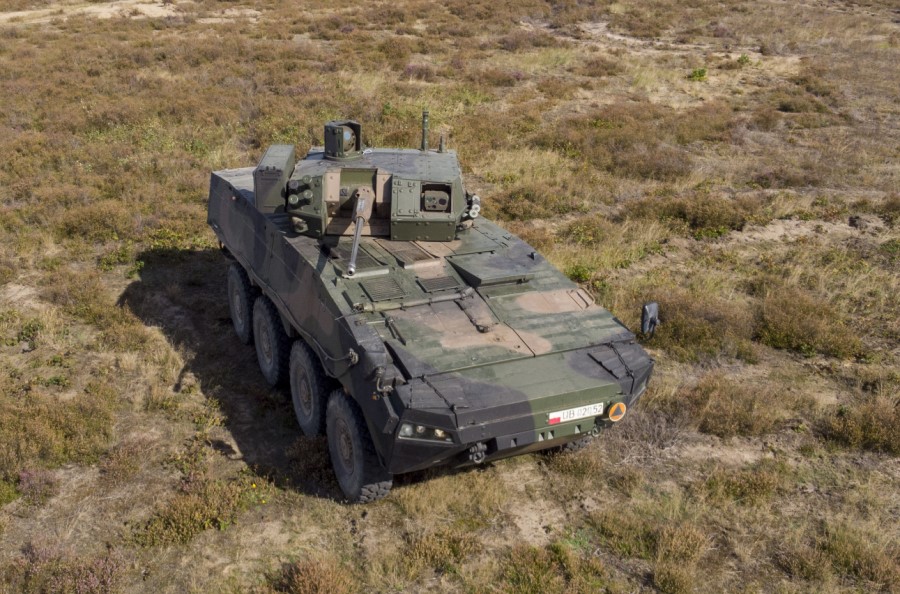 After years of construction work, demonstration and prototype completion and the research, on the 1st of October 2021 a qualifying research protocol of ZSSW-30 Remotely Controlled Turret System was approved, informed the Polish Armament Inspectorate.

The tests were positive. The qualifying tests launched the negotiations between the turret producers and its carrier and Armament Inspectorate concerning the contract details for mass production of the Rosomak combat vehicle with ZSSW-30 for Polish Forces. The contract is expected to be signed at the beginning of the next year.

The ZSSW-30 Remotely Controlled Turret System with a 30 mm gun (ZSSW-30) contract for the implementation of a development project was signed on the 29th of March 2019. The parties were Narodowe Centrum Badań i Rozwoju (National Centre for Research and Development) and Huta Stalowa Wola S.A. consortium and WB Electronics S.A. (Grupa WB). The qualifying tests that the turret prototypes took started in January 2020 and were divided into stages. They included traction tests, as well as combat fire with Mk44S 20 mm and UKM-2000 7,62 mm guns, as well as anti-tank missiles launched guided by the Spike LR system.

The ZSSW-30 project has been a perfect example of Polish defense industry and cooperation of companies belonging to Polish Armament Group (Polska Grupa Zbrojeniowa) ‒ among others HSW S.A. and PCO S.A. and Rosomak S.A., with business partners from WB Group – WB Electronics S.A. and Arex Sp. z o.o. Armed with the Northrop Grumman Mk44S chain gun 30/40 mm, adapted to perform programmed disintegration fire at the rate of 200 psc/min., as well as 7,62 mm UKM-2000 universal rifle and double Spike LR (LR 2) launcher, will initially be installed onto the Rosomak chassis (due to the vehicles number increase planned to be ordered from 206 to over 300, it is crucial to produce the vehicles part from scratch, although primarily the KTO were to be armed with that turret). Effective use of the armoment, including in the move, allows for two tier stabilization system and advanced ‘killer-killer’ fire management, integrating, among others, independent day-night stabilized observation and aiming devices of the leader (panoramic) and the gunner.

According to the plans, the defense resort is to order 341 wheeled combat vehicles in such configuration. Within years the ZSSW-30 version will be installed onto the Nowy Bojowy Pływający Wóz Piechoty Borsuk (New Floating Infantry Fighting Vehicles Borsuk) – the prototype undergoes the factory test at present – which the Ministry of Defense plans to order over 500. No surprise that ZSSW-30 for Huta Stalowa Wola S.A. as well as for other subjects of the Polish defense industry has been an important product that will continue to be ordered for at least a decade.