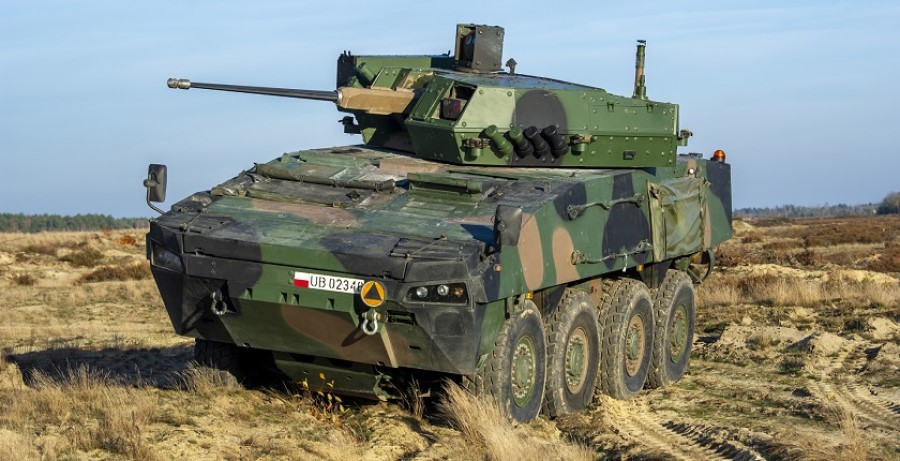 A consortium of enterprises of the Polish defense industry under the aegis of Huta Stalowa Wola S.A., which is part of PGZ. concluded the first contract with the Armaments Agency under the framework contract for the delivery of 30 mm Remote Controlled Tower Systems (ZSSW-30). The performance contract includes mass-production deliveries of 70 towers integrated with the Rosomak APC.

The framework agreement concluded by the Consortium with the Armaments Agency covers the provision of 341 turret systems to equip the Polish army. The first contract under the contract in question covers the delivery of 70 towers to equip the KTO Rosomak 8 × 8. The contract value is nearly PLN 1.7 billion.

– ZSSW-30 is one of the most modern systems in its class in the world, which, thanks to today’s agreement, will soon start serving our army. Once again, we prove that we have nothing to be ashamed of, because we develop and deliver the highest quality solutions that arouse recognition and interest among our allies – said Sebastian Chwałek, President of the Management Board of PGZ S.A.

– The ZSSW-30 serial supply contract is a milestone in one of the most ambitious research and development projects carried out at Huta Stalowa Wola. Today’s contract sums up several years of intensive work at HSW together with our partners. The tower, which, thanks to the agreement signed today, will first be used by the wheeled transporters of the Polish army, will in the near future be the main armament of another modern solution that has come out of the hands of our engineers – the New Floating Infantry Fighting Vehicle “Borsuk”. We are proud and at the same time honored that HSW products will constitute one of the pillars of the Polish Armed Forces in the coming decades – said Bartłomiej Zając, President of the Management Board of HSW S.A.

ZSSW-30, a modern tower system based on an innovative national fire control system operating with the hunter-killer function. Its introduction into equipment means a leap increase in the ability of the Polish Armed Forces to effectively destroy enemy mechanized units. As part of the development work, the system was developed by a consortium consisting of Huta Stalowa Wola S.A. and WB Electronics S.A. and will be carried out in series production by the Consortium composed of: Polska Grupa Zbrojeniowa S.A., Huta Stalowa Wola S.A., WB Electronics S.A. and ROSOMAK S.A.

The ZSSW-30 Remote Turret System is armed with a 30 mm Bushmaster Mk 44 / S cannon, a 7.62 mm machine gun and a SPIKE-LR twin ATGM launcher. A number of sub-suppliers from Polska Grupa Zbrojeniowa are involved in the project, including PCO S.A. Other Polish companies also constitute a significant group of suppliers in the project.