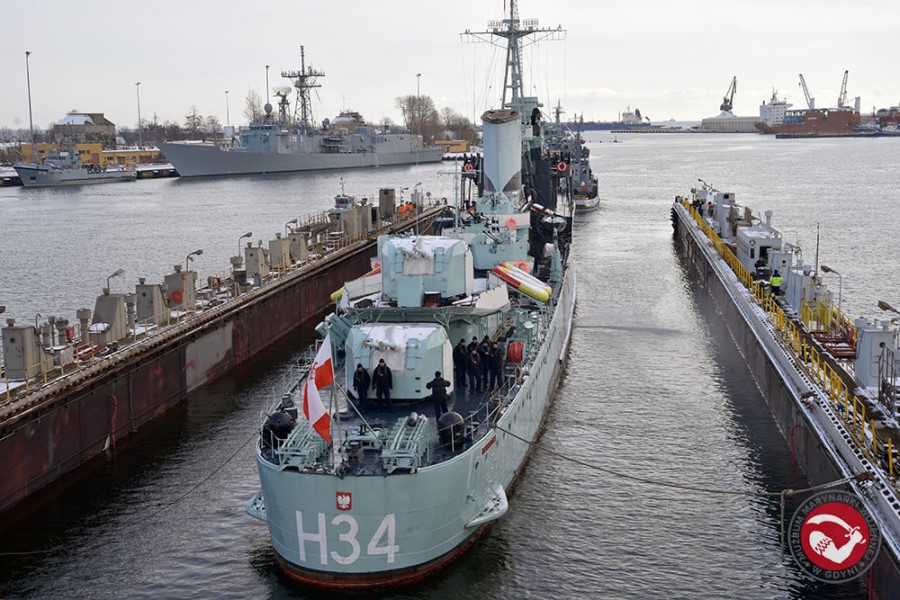 The agreement was signed on the 21st of January. According to schedule the renovation will take three months. The tender procedure was launched on the 16th of September last year. The tenderer was chosen on the 4th of January this year. PGZ Stocznia Wojenna Sp. z o.o. won with two tenderers – Gdańska Stocznia Remontowa im. J. Piłsudskiego S.A. from Gdańsk as well as Stocznia Remontowa “Nauta” S.A. in restructuring from Gdynia. The winning shipyard offer was the best in every aspect (the price and the granted warranty for the works). The work must be completed until May, as the new exhibition period launches onboard.

The ORP Błyskawica destroyer, constructed for the Republic of Poland Navy in the 30’s of the XX century in Great Britain, since 1976 it has been a museum in Gdynia. The last large repairs were made in “Nauta” between 2011 and 2012, however in 2014 there was a docking repair in the shipyard and covered among others the cathode shield electrodes replacement.

The works scope will cover boards, main mast, pipelines, cathodic protection system renovations. The works aim to protect the unit for years of exploitation and to increase the sightseeing safety.