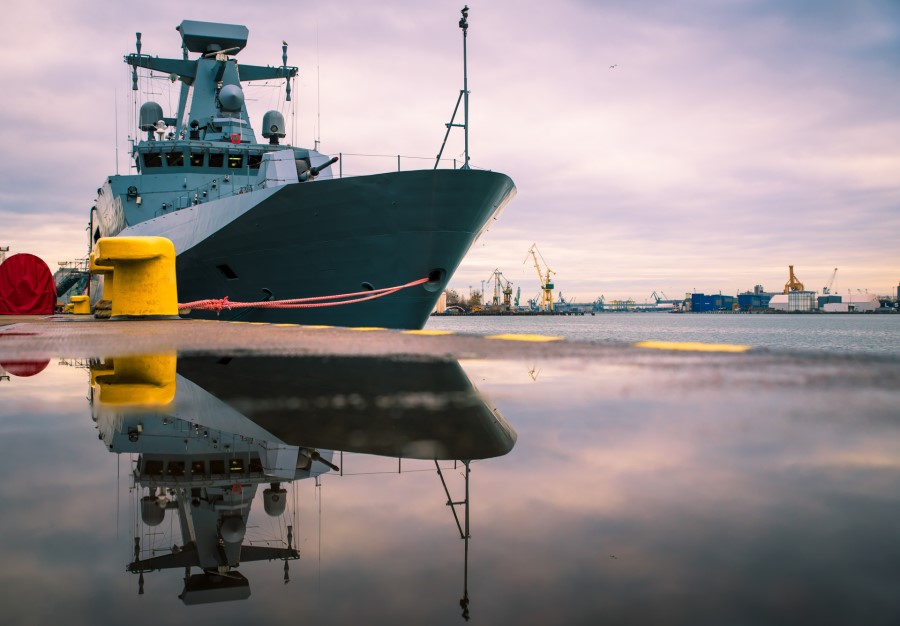 The 4,7 mln PLN VAT included, agreement was signed on the 16th of February this year. It resulted in the limited tender process that was launched on the 18 of September. The Thales Polska Sp. z o.o. was the only subject who submitted the final offer. Due to the service nature, Specification of the Essential Terms of the Order has not been made public, and has been presented to the subjects qualified to submit offers.

The Thales Company, under the contract from 2013, became the integrated combat system supplier to – then under construction – the OPV. The agreement enabled the vessel to receive TACTICOS combat management system, the Smart-S Mk2 3D medium to long range surveillance radar, tracking radar for gun and missile fire control STIR 1.2 EO Mk 2 as well as Mirador electro-optical tracking system. Devices have been integrated with other vendors’ devices mounted on the unit.

Nowadays ORP Ślązak is the latest vessel in the Navy. The ceremonial flag-raising took place in November 2019. The Ministry of Defense plans to conclude yet another agreement for the Miecznik missile frigates, this year. Their construction is going to take place in the home shipyards, however the foreign subjects (like Thales) may present their solutions for the on-board equipment.